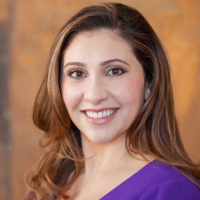 Last week, the US treasury department issued three separate sanctions actions targeting Iran’s support for Hezbollah, Hezbollah’s senior leadership and Hezbollah’s broader financial and criminal network. In addition to these steps, the treasury also sanctioned Iranian individuals who provided ballistic missile-related expertise to the Houthis in Yemen. It’s no coincidence these moves took place one week after the American president, Donald Trump, announced that all nuclear-related sanctions that had been waived or lifted for Iran under the Joint Comprehensive Plan of Action (JCPOA) would be reinstated, effectively withdrawing the United States from the Iran nuclear deal.

The treasury department’s latest moves portend an ominous future not only for Iran and its business affiliates, but equally for Iran’s proxies in the region. The actions targeting Iran’s support for terrorism or other destabilizing activity in the region will likely expose new targets, connections and behavior, and will therefore require governments around the world and the private sector to be nimble and to react quickly. We should expect the treasury department to use everything in its toolbox – including nuclear-related ones – in its effort to target Iran’s nefarious regional efforts. Indeed, Washington’s actions against Iran are not simply targeted at its nuclear activity, but at all its destabilizing acts across the Middle East. This needs to be better understood.

President Trump’s move against Iran was not surprising. He had effectively laid the groundwork earlier this year for US withdrawal from the nuclear deal when he called for four – nearly impossible to achieve – conditions to be met in order to remain in the agreement. Global financial institutions and businesses were prepared for the re-imposition of these sanctions, as evidenced by the European companies Total and Siemens’s swift responses to the developments, announcing they were winding down and not pursuing new business in Iran, respectively. And despite the concerns cited by European government officials, large European banks have not explored doing business with Tehran since the Iran agreement, given the associated risks, and the smaller ones that were tentatively invested had barely started.

The day Trump announced the re-imposition of nuclear-related Iran sanctions, much of the American media focused on the question of Iran’s compliance with the JCPOA. Experts flooded the airwaves citing Iran’s compliance with the deal, as noted by the International Atomic Energy Agency and reiterated by Secretary of State Mike Pompeo and his predecessor, Rex Tillerson, as reasons not to renege on US involvement. However, Iran’s compliance had nothing to do with Trump’s decision. In addition to Trump’s concerns about Iran’s ballistic missile program and the expiration dates included in the deal, among other concerns, the reason for the US administration’s decision was focused heavily on Iran’s destabilizing behavior in the region. We should expect to see additional aggressive targeted financial measures in the coming months that support that policy.

The treasury’s action against the Iranian central bank governor, Valiollah Seif, and an Iraqi bank, Al-Bilad Islamic Bank, was significant because this move was not meant to target Iran’s economy, but specifically to expose and undermine its efforts to funnel funds to Hezbollah in Lebanon. In the treasury’s press release, Secretary Steven Mnuchin stated: “The United States will not permit Iran’s increasingly brazen abuse of the international financial system. The global community must remain vigilant against Iran’s deceptive efforts to provide financial support to its terrorist proxies.”

When the treasury followed up only two days later with a spate of actions against the Hezbollah leadership, taken jointly with the seven-member terrorist financing and targeting center, the administration was not only communicating its concerns related to Iranian influence in the region, but that it was ready to act accordingly with regional governments in tow.

And finally, when the treasury wrapped up the week with an action against Hezbollah financier Mohammad Ibrahim Bazzi and his global companies, and Hezbollah’s representative to Iran, Abdallah Safi-Al-Din, the Trump administration was not only exposing the nexus of Hezbollah’s businesses and its illicit activity, including narcotics trafficking, but it was effectively communicating that it would go after anyone with “a connection to the central bank of Iran.”

In closely monitoring the development of targeted financial measures against Iran and its regional proxies, the most interesting developments are how the treasury uses the threat of secondary sanctions under the Comprehensive Iran Sanctions, Accountability, and Divestment Act, which Trump re-instated last week. This legislation imposes secondary sanctions on those who facilitate Iran’s weapons of mass destruction proliferation efforts and/or Iran’s support for terrorist organization or acts of international terrorism. When this legislation was passed in 2010, the threat of these sanctions proved even more effective than their enforcement, and when faced with an either/or choice, numerous businesses and other entities began cutting ties with Iran. The treasury could ostensibly use the threat of secondary sanctions not only to target Iran’s proliferation program but also its destabilizing activities in the region.

While it may be difficult to expect exactly which new entities and individuals will be targeted for sanctions, it’s certain that the Trump administration means business. So when the White House’s national security advisor, John Bolton, cautions European companies that the US will impose secondary sanctions if they do business with the Iranian government or sanctioned Iranian entities, and when the treasury department’s Assistant Secretary Marshall Billingslea urges Lebanon to ensure Hezbollah is cut out of the formal financial sector, it’s best to heed their cautions wisely. It’s very clear which way the wind in Washington is blowing, and it doesn’t look good for Iran or those who work with its government or sanctioned actors.