It’s Time to Talk About That Time of the Month 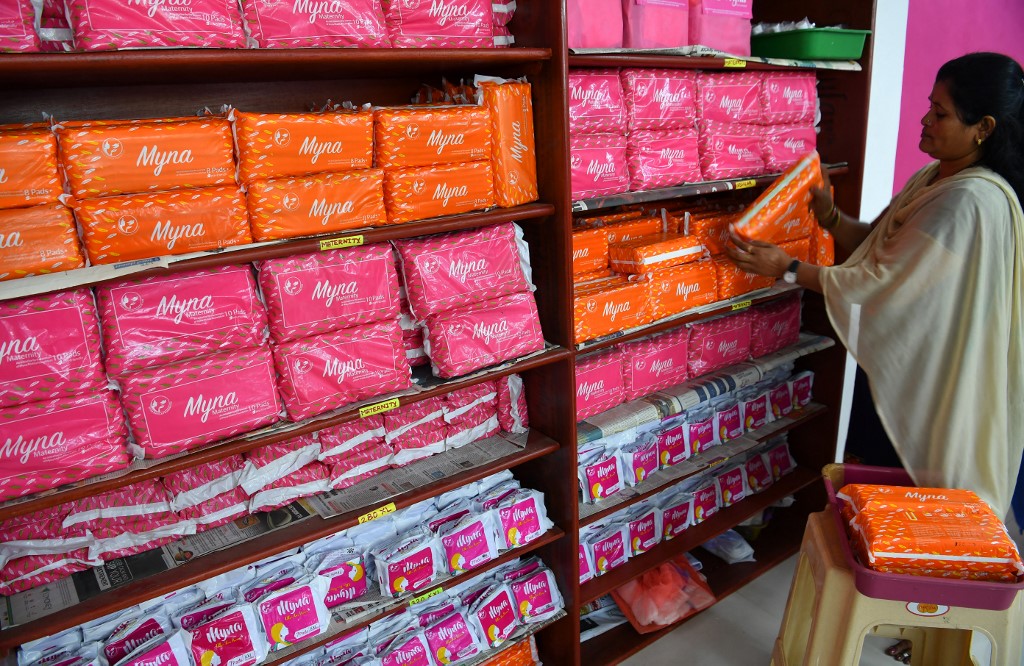 In January, a popular Turkish actress and social media celebrity named Ceyda Düvenci found herself vilified as a “bad mother.” Her crime? Posting on Instagram about a significant event: her daughter’s first menstrual period. Opinion among Düvenci’s 2.7 million followers was deeply divided. Some said she was “disgusting,” especially as her daughter suffers from cerebral palsy. Others, however, praised Düvenci for making a stand against a taboo that continues to ensure the gender gap remains as wide as ever around the world.

The average woman will have 400 to 500 periods in her lifetime. Yet what is a natural bodily function is still treated in many parts of the world as a source of shame. Worse, it inhibits the advancement of girls and women and any hope of achieving equality in society.

In India, almost a quarter of girls drop out of school after their first period. In parts of Nepal, menstruating women are banished to outlying huts and not allowed to attend social or religious gatherings.

The cultural stigma surrounding menstruation is evident in the language used to refer to it, from “the curse” to the more abhorrent slang terms such as “Dracula’s tea bag” or “shark week,” to name but two. In Düvenci’s Turkey, a woman having her period is commonly referred to as “kirlenmek” (getting dirty) or “hastalanmak” (being sick). The embarrassment persists even in the digital age – the red droplet emoji denoting a period appeared in 2019.

The gender divide is evident in the different ways boys and girls are treated at significant points in their lives. In Turkey, boys have “sunnet dugunu” – circumcision parties where they are dressed up like little princes with capes and scepters. Girls, on the other hand, traditionally get a slap across the face from their mothers when they have their first period – a rude welcome to womanhood.

And so the pattern is set for adulthood. In Turkey, Viagra, the drug that treats erectile dysfunction, carries an eight percent sales tax while feminine hygiene products are taxed at 18 percent. Even those who make their money from women’s monthly bleeding treat it as, to say the least, an embarrassment. Tampax, the tampon brand, used to offer tips on its blog on how teenage girls might hide their tampons. Stuffing them in your sock was one suggestion. Another was girls having a secret spot where they could meet to lend or borrow tampons.

In 2015, the Toronto-based poet and artist Rupi Kaur shared a photo of herself on Instagram lying on a bed, fully clothed but with a blood stain clearly showing on her trousers and on the bedsheet. The social media platform removed the image twice, claiming it violated its community guidelines. Anything goes on Instagram but not, apparently, a natural process experienced by billions of women and girls every month. When Kaur reposted a third time, criticizing Instagram, she garnered more than 111,000 likes. In the same year, musician Kira Gandhi made headlines when she ran the London marathon on the first day of her period without wearing a tampon or pad, to raise awareness of period shaming.

In a Republican Party debate during his presidential campaign in 2016, an irritated Donald Trump seemed to attribute moderator Megyn Kelly’s tough questioning to her time of the month, saying, “There was blood coming out of her eyes, blood coming out of her wherever.” His comments prompted the social media movement #periodsarenotaninsult, in which women sent Trump messages about their periods. “In between periods, I run board meetings, How do I manage?” tweeted one woman. Apple caught on to the trend and added period tracking to its iPhone health app.

The gender bias arising from period shaming also hits women financially. Campaigners around the world have long called for the removal of tax on tampons and sanitary pads. In 2015, Canada abolished tax on sanitary products and the UK followed last month. In Germany, menstrual products were inexplicably classed as “luxury goods” and taxed at the highest rate, 19 percent. As of January 2020, they are taxed at seven percent, like bread, books, cut flowers and other “daily necessities.”

Those are all welcome moves in the right direction but the fact remains that it is more expensive to be a woman than a man, and reducing or removing the so-called “pink tax” is not enough to eradicate period poverty.

Millions of girls in rural China cannot afford sanitary products and the Covid-19 pandemic has only made the situation worse. Female frontline health workers were told that sanitary items would not be provided as they were not considered essential. A local NGO stepped in with donations of pads and underwear. Last November, Chinese university students launched the “Stand by Her” campaign, aimed at ending period shaming and set up “sanitary pad support boxes” in 250 campuses.

Kenya abolished sales tax on menstrual products in 2011 but a 2016 report by the Foundation Strategy Group found that 65 percent of women in Kenya still cannot afford them and 10 percent of 15-year-olds had traded sex for money to buy sanitary towels.

In November 2020, Scotland became the first country to make period products free for all, setting a commendable example that hopefully other nations will follow.

“Menstruation is not a shame, it is not a disease,” another Turkish actress posted in support of Ceyda Düvenci. But too many still want to talk about it in those terms – or rather, not talk about it at all, thereby blocking any discussion for and by women about their bodies.

But menstruation is not just a women’s issue. When a natural, biological function is used to deny or impede education and advancement for half the population, it becomes a matter of human rights. If condoms can be given out for free in many places, why not sanitary pads?