To Understand Where Oil Prices Might Be Headed, a Little History Helps 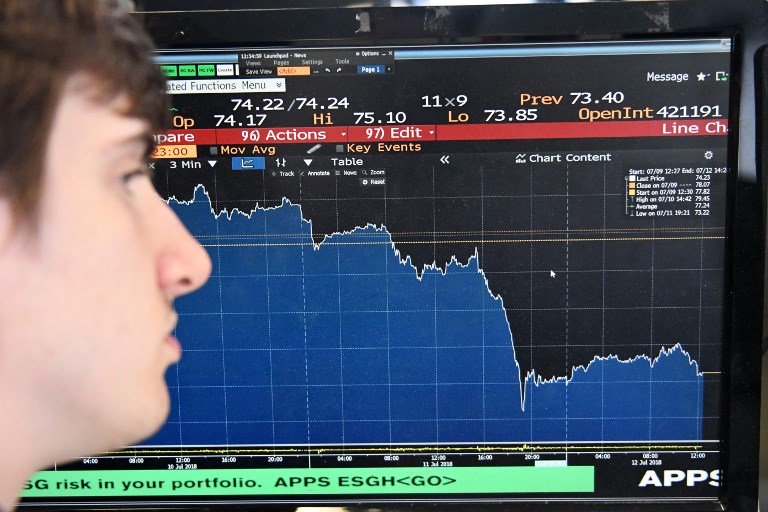 Oil markets are renowned for rapid swings. This year, a price that has been in the doldrums since late 2014 has turned around to regain four years of losses. Now, the killing of Jamal Khashoggi, the US elections, US sanctions on Iran and the Sino-American trade war converge on November as the next crunch point. For the layman to understand where prices might be headed, he or she needs to appreciate the dynamics of oil pricing, including its history.

Oil markets are typified by volatility, short memories and cycles. They are volatile because supply and demand are highly “inelastic” – they are stubbornly unmoveable. Even a large increase in price does not immediately call forth much new supply, as fields take years to be found and developed. And such a price increase does not reduce demand much either, as people still need to drive to work, ship goods and use plastics. Even when they buy more efficient cars, the average age of the vehicle fleet – 11.5 years in the US – means the new models affect consumption slowly.

Supply is also vulnerable to interruption by unexpected shocks – the Iraqi invasion of Kuwait in 1990, the Libyan revolution of 2011, Venezuela’s ongoing economic collapse and American sanctions on Iranian oil exports in 2012-15 and again this year. Demand suffers in line with economic downturns, such as when prices tumbled from a record $143 per barrel in June 2008 to $34 that December, in the teeth of the global financial crisis.

Short memories are combined with myopia. The current oil price, around $80 per barrel, seems low compared to the “new normal” of $100 per barrel that the industry got used to in the 2011-13 period. But it is high when set against the “lower for longer” mantra that took hold in 2014-16, or even worse, the $10 per barrel reached during the Asian Financial Crisis in 1998. During slumps, investment is slashed. In booms, costs rise sharply as companies compete for skilled workers and equipment, and venture into remote and more technically challenging projects.

A novel factor is some companies’ worry about the future of long-term oil demand, due to the rise of electric vehicles. BP’s latest outlook puts demand peak in the 2030s, not far off compared to the multi-decade life of a pipeline or offshore platform. Even the anticipation of a peak in demand could cause underinvestment now, and a price spike before demand eventually falls.

The combination of inelastic supply and demand, the long investment periods and the industry’s limited view both backwards and forwards, drives cyclicity. Except in countries where price controls prevent market adjustment, or locally during a natural disaster, there is never a physical “shortage” of oil. Temporary imbalances are met by accumulating or drawing down stocks in storage.

“Speculators” are often blamed for price moves that do not seem to correspond to participants’ view of the physical market, but usually the investors in “paper” oil are trading based on reasoned, even if sometimes wrong, views of future supply, demand, risks and macroeconomic factors. Nevertheless, clearly unsustainable price levels (too low or too high) can persist for some time before prices suddenly adjust.

This has been evident in recent years. After a period of stable high prices in 2011-13, they fell dramatically in late 2014, due to a sudden realisation of how fast US output was rising, along with some negative Chinese economic news.

In December 2016, countries from Opec formed a pact with some other leading oil producers. This deal saw Opec countries committing to reduce production by about 4.5 percent, while non-Opec states made smaller but still sizeable cuts. Along with these shortfalls, unexpectedly strong global demand has tightened the market, taking prices from about $45 per barrel in mid-2017 to a high of $86 in early October.

The narrative has thus changed again. Now the concern is that Saudi Arabia may not have enough production capacity to cover for rising demand and the growing losses from Iran, as US sanctions come fully into force on November 4.

Finally, Saudi Arabia and its Opec allies are also concerned that high prices could cause an economic slowdown and demand destruction. Opec’s own estimates of 2018 demand have been falling since July. The growing US-China trade war is a further negative.

Consequently, Opec members agreed in June to raise output, though members differed over interpretations of how much. Saudi Arabia has an official production capacity of 12 million barrels per day. In September, it pumped 10.5 million bpd, increasing output since June from its agreed Opec limit of 10.058 million bpd.

Yet the Khashoggi affair has cast something of a cloud over this. Some US politicians threatened sanctions on Saudi Arabia in response. Prominent Saudi media figure Turki Al Dakhil talked of various retaliatory measures should such sanctions be imposed, raising the spectre of the 1973 oil embargo by suggesting that Riyadh could cut its oil exports. Saudi oil minister Khalid Al Falih promptly weighed in that his country would not use oil as a political weapon, and markets have generally reacted with unconcern.

This is reasonable enough for now. But the convergence of other conflicting factors in November promises yet more volatility for oil.