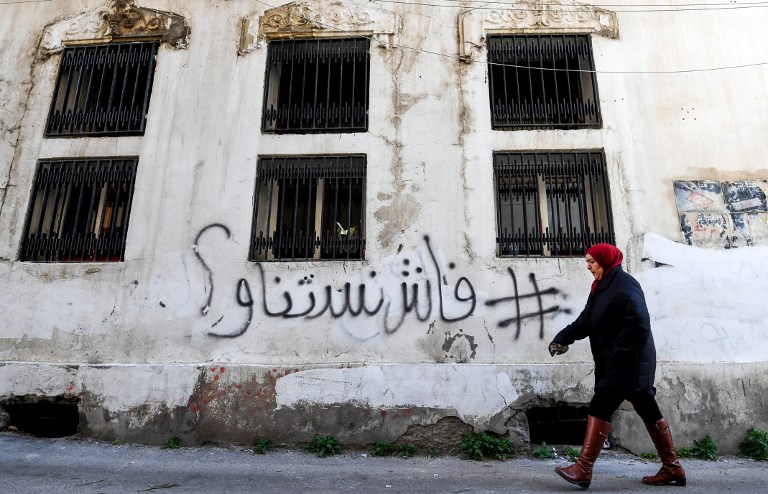 (Michael Ayari contributed to this article.)

The Tunisian protests and riots earlier this month have too often been framed as signs of a new revolutionary ferment reminiscent of those from 2010-2011. That was the spark that launched the Arab Spring. But this month’s protests should not be read as new evidence of revolutionary politics. They were, instead, indicative of a great deal of difficult and still unfinished work in Tunisia’s economic reforms that in turn imperil its democratic evolution.

To be sure, the protests did signal lingering instability and socioeconomic discontent. But they differed from those of 2010 in so far as protestors were not seeking to overthrow the government. The unrest was not directed, as previously, at a regime with its decades of one-man rule. Or, for that matter, at a police state that enabled it. And neither did protestors form alliances with influential political groups, such as trade unions, that could have built up a national network of protests amid a more defined political agenda.

Instead, protesters were out to signal their frustration with the government for its failure to deliver on economic equality and the complicated and messy politics of their country’s democratic transition. This time, the immediate spark to protests was a new budget that included an increase in some taxes and tariffs on imports. On the back of several years of steadily rising prices, these measures provoked strong reactions.

Next, it is important to avoid invoking the narrative of 2010, and instead to frame any political implication these protests may have had in the context of Tunisia’s current politics. They took place just before local elections that are due in May, and after eight months of rising tension between President Beji Caid Essebsi and Prime Minister Youssef Chahed. Last summer, Chahed launched an anti-corruption campaign that targeted people close to both leading parties in the governing coalition, Nidaa Tounes and Ennahda. Chahed, originally an ally of Essebsi and a member of Nidaa Tounes (which Essebsi heads), had grown increasingly more independent and was forging his own political alliances, particularly with the powerful Tunisian General Labor Union. This prompted speculation that he was seeking to position himself as a presidential candidate next year.

Chahed’s increasing independence is believed not to have pleased Essebsi and his closest ally (and, yet, also perennial rival), Ennahda leader Rached Ghannouchi. The protests were convenient for both men and their parties in that they weakened Chahed. And thus, in the realm of politics, this has been the main outcome of the unrest.

Sadly, however, nothing in that outcome addressed the underlying causes of social tension and the need for deeper economic reforms – in other words, the real reason the riots occurred in the first place.

One important grievance driving social discord, particularly in the interior and south of the country, is the fact that Tunisia remains economically cleaved in half. The governing coalition has perpetuated, rather than challenged, the dominance of an economic elite in the capital and on the coast, with the rest of the country often confined to the informal economy and the trade in contraband. Tunisia’s elite class control most private companies, much of the banking system and sit on the board of most public and private institutions. They maintain patronage networks in the ministries of interior, justice and finance, in major political parties, civil society organizations, the media and the judiciary. Finally, the large number and the opacity of business regulations – and the privileged caste of civil servants, often also from well-to-do regions, who apply them – serve to reinforce these longstanding networks of patronage.

Ennahda, despite its traditional role in the political opposition and its support in the south, has sought to integrate these networks rather than challenge them. Meanwhile, a ballooning public-wage bill – the result of the post-2011 policy of creating civil-service jobs and increasing salaries to buy peace – accounts for half the budget, limiting what funds are available for development projects and to address the needs of long-neglected regions.

The protests have now died down after mass arrests and concessions by the government. But they should still be heeded as a wake-up call to the country’s lingering divisions and socioeconomic fragility. A strategy of buying peace through ad hoc concessions will not address the structural economic divide that limits Tunisia’s democratic progress. What Tunisia must focus on are reforms that open the formal economy to newcomers from the interior and the south. For if not, a shift to wealth creation in historically neglected regions will be not be possible. And consequently, frustrated economic and political actors will have an incentive to support unrest and, more generally, work against a state they feel does not represent them.

Some members of the economic elite, encouragingly, are ready to talk with representatives of the emerging counter-elite from the interior and the south. This is because, as one entrepreneur puts it, “If the ship sinks, we will all sink with it.” But others are more reticent about any compromise, and flirt with the idea of a restoration of an authoritarianism that would preserve the old social and regional order. This is a dangerous gamble that will lead to more violent unrest and could derail Tunisia’s democratic transition.

If, in the next few years, the country fails to open the economy and address the historic neglect of half of the country, neither its political nor its economic transition will find a lasting, stable outcome.