Turkey’s Young Are Piling into Cryptocurrencies. But There Is a Better Way 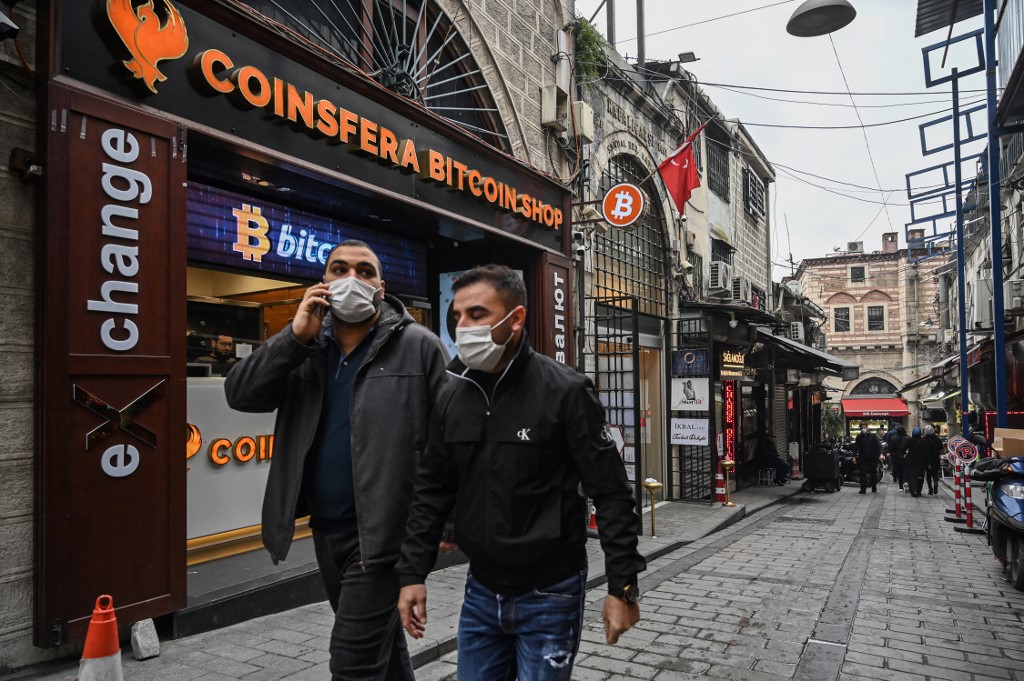 Turkey’s economic and monetary policy management in recent years has been a disaster. And the Covid-19 pandemic has only made things worse. So far this year, the Turkish lira has lost more than 10 percent of its value against the US dollar. And since 2003, when Recep Tayyip Erdogan first became prime minister, it is down a staggering 65 percent. It is thus no surprise that inflation was over 16 percent in May; at this rate, prices double in four and a half months. Amid such bleak prospects for economic growth, employment and price stability, Turkey’s young people unsurprisingly have been turning to extraordinary options as a means of circumventing the conventional: by trading in cryptocurrencies. Some have profited massively, while others have been exposed to fraud. There is, however, a better option based on the technology behind cryptocurrencies – blockchain.

The turn to cryptocurrencies is easy to understand. In a span of two years, the administration of now president Erdogan sacked three central bank chiefs, precipitating a deeper serial crisis for the local currency, stock market and economy. As a result, Turks first turned to conventional foreign exchange as a means of preserving value. In August 2020 – when a large drop in the lira stirred fears of another debt crisis – foreign currency deposits surged to almost half of total deposits. Then, amid the phenomenal rise in cryptocurrency values this year, there has been an increased migration toward cryptos. It has come to be seen not as a means of preserving value, but of large speculative gains.

According to a report by the World Economic Forum this year, 16 percent of Turks have used or owned cryptocurrency – despite an injunction by religious authorities that cryptocurrencies are not “permissible” under Islam. That injunction may have little to do with religion, given that the Turkish government has long been suspicious of any unregulated instrument. Even PayPal has been banned since 2016. But the exhortation to avoid cryptocurrencies was always going to be a hard sell. Turkish holders of cryptocurrencies made the equivalent of $300 million in gains in 2020, according to Chainalysis, a blockchain data company.

The first spike in the crypto market happened in August 2018 – when the lira hit a then all-time low. BtcTurk, the country’s biggest cryptocurrency trading platform, saw a 130 percent rise in trading volume in one 24-hour period that month. Today, the average daily trading volume of cryptocurrencies is a quarter that of shares on the Istanbul stock exchange. Local newspapers report that this year, the two largest crypto exchanges, BtcTurk and Paribu, had daily trading volumes equivalent to over $1 billion each.

Yet all isn’t necessarily rosy. On April 21, the Istanbul-based crypto exchange, Thodex, halted all trading. It said this was because it was working on a deal with outside investors. Thodex was Turkey’s third-largest cryptocurrency trading platform. In reality, its founder, Faruk Fatih Ozer, had allegedly absconded to Albania after transferring cryptocurrency assets worth $108 million to unknown accounts, according to the interior ministry. To many, Thodex was always too good to be true. For example, it sold dogecoins at a discount. And it offered users the opportunity to win a Porsche, Apple watches and laptops, PlayStations and so on.

Unlike cryptocurrency investors elsewhere, many Turkish holders are motivated by the sense of helplessness amid the country’s economic crisis. According to Ismal Hakki Polat, a lecturer on cryptocurrencies at Kadir Has University, “Crypto means basically two things to young people in Turkey: the future and freedom.”

But the missing ingredient in that formulation is stability. Cryptocurrencies could arguably be a component of an investor’s portfolio of foreign currencies, a means of balancing risk. As Emin Gun Sirer, co-director of the Initiative for Cryptocurrencies and Smart Contracts at Cornell University, pointed out, “inflation will be on the rise as a direct result of the Covid-19 pandemic, which only gives cryptocurrencies an advantage.” Young Turks, however, are apparently going all in, in a speculative rush. And in that is danger. Bitcoin rose to around $63,000 a coin in May, but now is trading around $32,000.

What might prove more prudent, would be if tech-savvy young people – and Turkey has an abundance of these – were to look into the underlying technology of cryptocurrencies to determine how they might be able to build new products and services and circumvent the local economy. Blockchain technology has been utilized to do everything from producing counterfeit-proof contracts to securing medical data to building Internet-of-Things operating systems. The market for these is not bound by national borders. At a time when mobility is restricted, work in the technology sector is no longer location-centered. And because blockchain is an area that the authorities cannot regulate, intrepid entrepreneurs in Turkey can bypass Turkish restrictions altogether.

The loss of faith in the government to back up the value of the lira may have instigated a rush toward cryptocurrencies. But they don’t necessarily offer the security investors need. Instead, Turks should look to the freedom that technology offers to profit beyond the boundaries of the Turkish nation – both physically and notionally. And then maybe they might put some of that earnings into a few crypto coins.