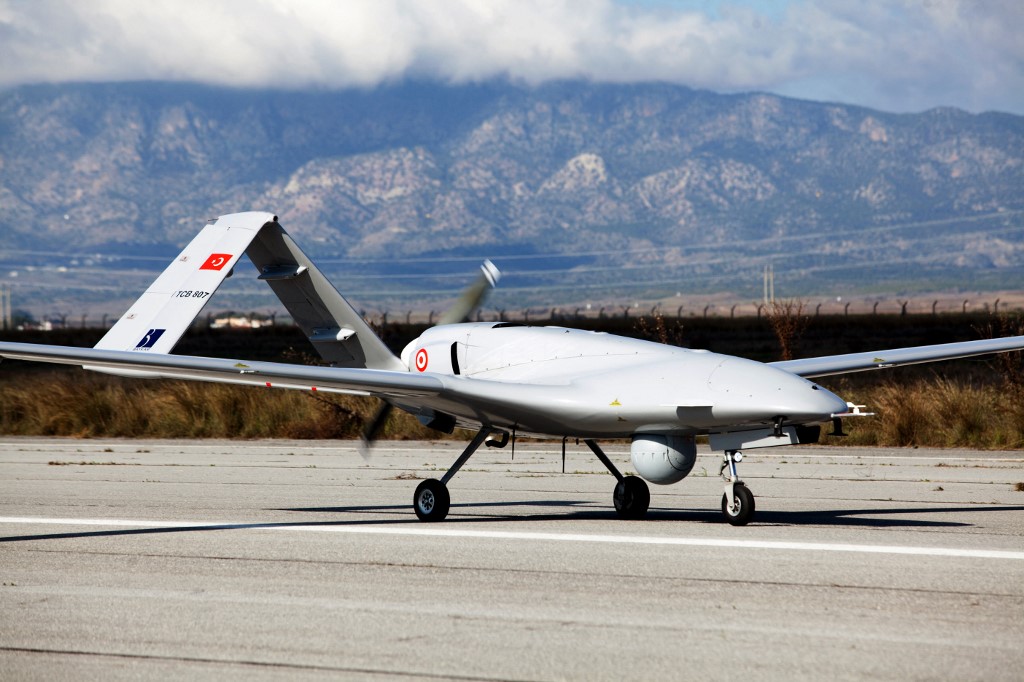 Turkey is attempting to position itself as a mediator between Russia and Ukraine amid fears of a large-scale war.

Western intelligence agencies say Russia has massed up to 100,000 troops along its border with Ukraine and that President Vladimir Putin could order an invasion at the end of January. If a conflict did transpire, Ankara, which has good relations with both Moscow and Kiev, could be one of the major beneficiaries. By selling arms to Ukraine and purchasing weapons from Russia, Turkey seems to have already achieved some of its geopolitical goals.

In Kiev, Ankara is seen as one of Ukraine’s most important supporters against Russia, especially after Ukraine recently purchased Turkish-made weaponized drones. The Bayraktar TB2 proved to be a game changer during the war between Azerbaijan and Armenia over Nagorno-Karabakh last year.

Reports suggest that Ukraine’s military now has more of the sophisticated military drones than Azerbaijan, which was the clear victor of the 44-day conflict against Russia’s nominal ally Armenia. In October, Ukraine used Bayraktar drones against Russia-backed separatist forces in the Donbass region for the first time. The weapons could certainly prove highly effective in a war against Russia but it is unlikely they would be enough for Ukraine to defeat the might of the Russian military.

Russia already has experience in dealing with Turkish drones in Libya in a proxy conflict between the Russia-sponsored Libyan National Army led by Khalifa Haftar and the Turkey-backed Government of National Accord. Haftar’s forces successfully used the Russian-produced Pantsir-S1 air defense system to down a number of Turkish drones. Still, the Bayraktar could undoubtedly inflict severe losses on the Russian proxies in the Donbass.

While Moscow expressed its “grave concerns” over the Turkish sale of the drones to Ukraine, beneath the surface, the growing military ties between Ankara and Kiev do not seem to affect Russia’s relations with Turkey. In fact Russia aims to increase its own military cooperation with Turkey. There are reports suggesting that Moscow has started technology transfer for the production of some parts of the S-400 air defense system in Turkey, and the Kremlin plans to deliver another batch of S-400 surface-to-air missile systems to Ankara. Moreover, Russia is in talks with Turkey and has offered its help in developing advanced fighter jets.

Turkey is working on plans for the National Combat Aircraft – a fifth-generation domestically designed stealth fighter jet – and Russia wants a part in its construction. Given the current complex geopolitical reality, Turkey, NATO’s second most powerful army, could end up building jets with Russia’s help that might eventually be sold to Ukraine.

Turkey and Ukraine are strategic partners, and Turkish President Recep Tayyip Erdogan does not miss any opportunity to point out that the Kremlin’s 2014 incorporation of Crimea into the Russian Federation is “illegal and illegitimate.” Yet at the same time, Turkish ships, carrying construction material, visited the disputed peninsula on several occasions.

Even though Ankara verbally supports Ukraine’s territorial integrity, it reportedly continues to purchase the Donbass-produced coal from Russia. Coal mines in Eastern Ukraine are controlled by the Russia-backed forces, and the self-proclaimed Donetsk People’s Republic and Lugansk People’s Republic export the Ukrainian coal to Russia. Moscow then re-exports it to several countries, including Turkey. In the Russo-Turkish-Ukrainian triangle, Ankara seems to have the most pragmatic position.

Since the end of November, Turkey offered its “intermediary services” to Moscow and Kiev three times. Erdogan’s desire to mediate between Putin and Ukrainian leader Volodymyr Zelensky is driven by his ambition to be seen as a regional or even global leader. At the same time, he aims to protect Turkish interests in the Black Sea region, and that is one of the main reasons why Ankara continues to assist Ukraine.

Turkey is using Ukraine to counterbalance Russia in that region, while Erdogan, faced with a currency crisis at home, desperately needs a foreign policy victory to improve his approval ratings. That is why he is expected to keep offering his services to both Moscow and Kiev.

The Kremlin has already dismissed Turkey’s offers, claiming that Russia is “not a side in the Donbass conflict,” while Ukrainian authorities have a clear condition: No agreements behind Ukraine’s back. However, Turkey and Russia have a history of making deals behind other countries’ backs, namely in Syria and Libya. If it wasn’t for the United States being Kiev’s biggest supporter, Moscow and Ankara would probably have already come up with various lucrative arrangements.

In the foreseeable future, Russia and Turkey – partners and opponents at the same time – are expected to try to find a way to balance joint defense contracts, huge energy projects such as the TurkStream pipeline and the construction of the Akkuyu nuclear power plant, as well as Ankara’s relations with Ukraine. But even if there is a war between Russia and Ukraine, it is unlikely to have a negative impact on Russian-Turkish relations. Their situational pragmatic partnership will prevail.