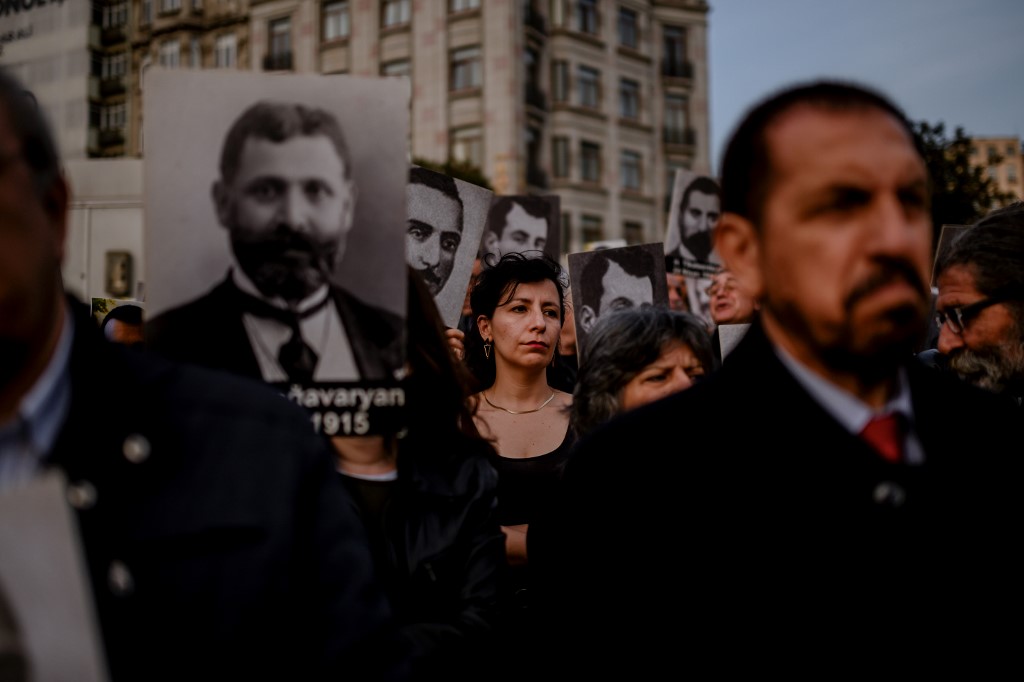 When it comes to Turkey’s problem with democracy today, what happened to the Armenian and Greek populations of Anatolia a century ago might seem irrelevant. Yet the very opposite is true. Turkey will never become a true liberal democracy – one dedicated to the proposition that every citizen deserves equal protection – unless it comes fully to terms with the tragic history of the Anatolian Christians. No country can claim to be moving toward democratic maturity unless it has learned from past mistakes and established transparent institutions to prevent history from repeating itself. Unfortunately, there is no sign that President Recep Tayyip Erdogan’s Turkey is anywhere close to that point.

Last month marked the 104th anniversary of the Armenian Genocide. The fact that Turkish officialdom continues its campaign of denial of the Genocide should come as no surprise. What is more interesting – and, indeed, disturbing – is how Erdogan’s brand of nationalist authoritarianism now also extends to history. According to the Turkish leader, the deportation of Armenians was the “reasonable” thing to do at the time. Given this official line, this shameful revisionism, Turks really cannot wonder why so many in the West question their country’s interpretation of history.

What happened to Ottoman Christians in Anatolia is not a matter of political opinion. It is historical fact. A recent book, “The Thirty-Year Genocide: Turkey’s Destruction of Its Christian Minorities,” by Benny Morris and Der Ze’evi, two respected Israeli scholars, provides a clear and detailed picture of the process that led to the Armenian Genocide and the de-Hellenization – in fact, the almost total de-Christianization – of Anatolia. Between 1894 and 1924, as many as 2.5 million Ottoman Christians perished. As a result, the Christian share of Anatolia’s population fell to 2 percent from 20 percent.

And the purge continued even after the founding of the modern Turkish republic, and beyond Anatolia. By 1924, Istanbul had a population approaching one million. More than 200,000 citizens of Greek origin formed the largest ethnic minority in the city. Today, Istanbul is a giant metropolis of 16 million with a dying Greek community of just 3,000 souls.

History without context is always problematic. The 30-year period covered by the Morris-Ze’evi book constitutes the last phase of imperial disintegration; the Ottoman state suffered an agonizingly long death. Turkish historians who dispute the facts about Anatolian Christians sometimes argue there is another side to the story, one that might cast mass deportation as “reasonable” state policy: at that same time, Muslims in the Balkans and Caucasus had fallen victim to ethnic cleansing at the hands of majority Christians who were embarking on their own separatist missions to form their own nation-states.

Those dissenting historians are right; there are two sides to every story. However, a major problem with the Turkish version of history is that it accords moral equivalency to the pursuit of justifying the unjustifiable. In essence, it argues that “violence begets violence” and that the context of separatist violence in Christian-majority Ottoman provinces provided legitimacy for revenge in Muslim Anatolia.

Such logic is highly dangerous. If pre-emptive action and collective punishment are legitimate reactions to security threats, we should not be surprised by how the Turkish government deals with Kurdish nationalism. Should it have been such a shock, then, that at the height of the counter-insurgency campaign in the 1990s against the Kurdish Workers’ Party, or the PKK, that the Turkish state brutally displaced two million Kurds from their land?

No threat – military, ethnic or political – can justify a state removing populations whose presence is deemed simply inconvenient. This lesson, sadly, was never learned in Turkey because Ankara still considers the mass deportation of Armenians, which led to mass annihilation, as a “reasonable” thing. This is how the past shapes the future.

Another important ramification of the Armenian Genocide and the de-Hellenization of Anatolia is that it exposes the illegitimate roots of the Turkish bourgeoisie. It is no secret that the Greek and Armenian communities were primarily merchants and craftsmen and wealthier than the average Anatolian Muslim. Starting with the Armenian massacres of the 1890s, and then the 1915 Genocide, the confiscation of Christian property continued until the Istanbul pogrom of 1955. (There were further efforts in 1974.) Local Muslim communities pillaged anything they could from the Greek and Armenian communities. In this, they were guided throughout by a Turkish government determined to establish a Muslim business community.

This, then, is the original sin of Turkish capitalism. Instead of being based on the protection of private property rights, Turkish entrepreneurship is founded on ethnic cleansing, the expropriation of property and the arbitrary distribution of land and capital stolen from non-Muslims. Even some of Turkey’s most dynamic and Western-oriented holding companies, whose roots are in the fertile land confiscated from Armenian families, are not exempt from this original sin.

With so much history unlearned and such shaky foundations for their institutions, is it any wonder that Erdogan’s Turkey today shows no respect toward the rights of its arch-enemies, the followers of Fethullah Gulen? Thousands of companies and assets worth billions have been confiscated. And in a bitter irony, the Gulenists, once ardent deniers of the Armenian Genocide, now acknowledge this historical tragedy. Sadly, the rest of Turkey has still not caught up.