UAE Joins the Global Movement For a Shorter Workweek 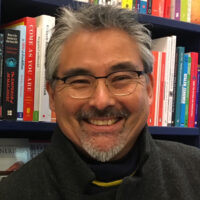 This January, the United Arab Emirates will step into the future of work: its public sector and schools will move to a four-and-a-half day workweek.

Like all innovations, this hasn’t come out of the blue. For the last several years I’ve been tracking companies around the world moving to four-day weeks, or shortening shifts and workdays.

In my 2020 book “Shorter,” I describe how demanding, fast-moving industries where overwork is the norm – Michelin-starred restaurants, software startups, advertising agencies, and call centers – shifted to four-day weeks.

These are companies where work-life balance is elusive and burnout is epidemic, and losing a great head chef or visionary designer can be an existential threat. Conversely, building a culture where they can thrive – and the next generation of talent develop – can pay off for years.

In the last two years, the four-day week has become a global movement. It’s not just something you see in Nordic countries and New Zealand: It has also taken root in Korea and Japan, two nations whose languages have invented words for “working yourself to death.”

It’s moved into industries you wouldn’t expect could ever adopt shorter hours, like hospitals and nursing homes, law firms, and factories.

And it’s gone public. Two years ago, companies reduced working hours quietly, out of concern that they’d frighten off investors and clients. Now, they announce it in press releases and LinkedIn posts.

Rather than raising suspicion, the four-day week now signals professionalism, efficiency, and empathy. The competition may need 60 hours to get results, but we know how to get the work done in 32, without stressing out our employees. Put this way, who would you hire, and who would you work for?

Governments have taken notice. Politicians in Scotland, Spain, Korea, and the United States have spoken in favor of four-day weeks. Iceland rolled out a shorter workweek for its public sector in 2021.

As a result, we now have proof from around the world that a shorter workweek benefits workers, companies, and economies.

Work-life balance improves, as workers are more efficient on the job, and have more free time. People are healthier, take fewer days of sick leave, and have time for exercise. They also spend more on leisure.

And companies become more efficient, have an easier time recruiting and retaining great talent and have more time to invest in professional development.

The UAE’s move to a four-and-a-half day workweek will see the weekend shift from Friday and Saturday to Saturday and Sunday and include a half-day on Friday. This may seem a half-day less ambitious than initiatives elsewhere, but there are several things that make it novel – and potentially transformative.

First is its unprecedented scale.

Most four-day week companies are startups with fewer than a hundred people; the largest, Korea’s Woowa Brothers, employs about 4,000. The UAE’s four-and-a-half day workweek will touch hundreds of thousands of civil servants.

And it’s not just workers whose lives are affected by a shorter workweek: the lives of their spouses and families are, too. These are numbers large enough to change a nation’s culture and quality of life.

Second, it’s also being taken up by schools, and 1.4 million children will see a four-and-a-half day week (or four days in Sharjah emirate) as normal. In the long run, that’s a cultural game-changer.

It will also encourage businesses to fall into sync and adopt a shorter workweek, and help executives sell it to skeptical investors or boards.

Finally, the adoption of a shorter workweek is part of a larger set of strategic initiatives aimed at remaking the UAE’s economy. This is genuinely unprecedented.

In other countries, politicians gesture vaguely at the need to stay competitive or invest in human capital when talking about a four-day week, but no one has implemented a shorter workweek as part of a larger plan to transform a nation’s economy and society.

But economic revolutions don’t happen overnight and implementation matters. So what guidance can we get from places that have already moved to a four-day week?

First, the average office worker loses two or three hours per day to meetings, distractions, and interruptions. In a sense, the four-day week is already here, it’s just buried under inefficiencies.

Making get-togethers shorter and more purposeful, being more mindful of how we use technology at work, and respecting the need for uninterrupted focused time, can go a long way to making a shorter workweek a success.

For governments and schools, it’s also important to maintain high levels of service.

This means investing in e-government programs that replace lines at an office with online access to documents and services. It means automating routine parts of a teacher’s job so they have more time to invest in students, not less.

This also improves employee satisfaction and retention: Humans thrive on challenging work that makes a difference in other people’s lives.

Making that work, though, requires giving employees autonomy to try new things, and learn from failure. A shorter workweek is hard to pull off in a risk-averse culture.

But this is exactly the kind of mindset companies and countries will need in the 21st century, because it enables innovation and growth.

Making the four-day week a success can improve the lives of workers and families, improve economic productivity, increase the value and sustainability of human capital, and give states the tools they need to be more innovative, embrace change, and invent the future.

Alex Soojung-Kim Pang is the founder of Strategy and Rest, a Silicon Valley consulting company, and the author of “Shorter: How Working Less Will Revolutionise the Way You Gets Things Done.”