American Lawmakers Should Treat the UAE Like the Friend It Is, and Clear the Sale of F-35s to Abu Dhabi 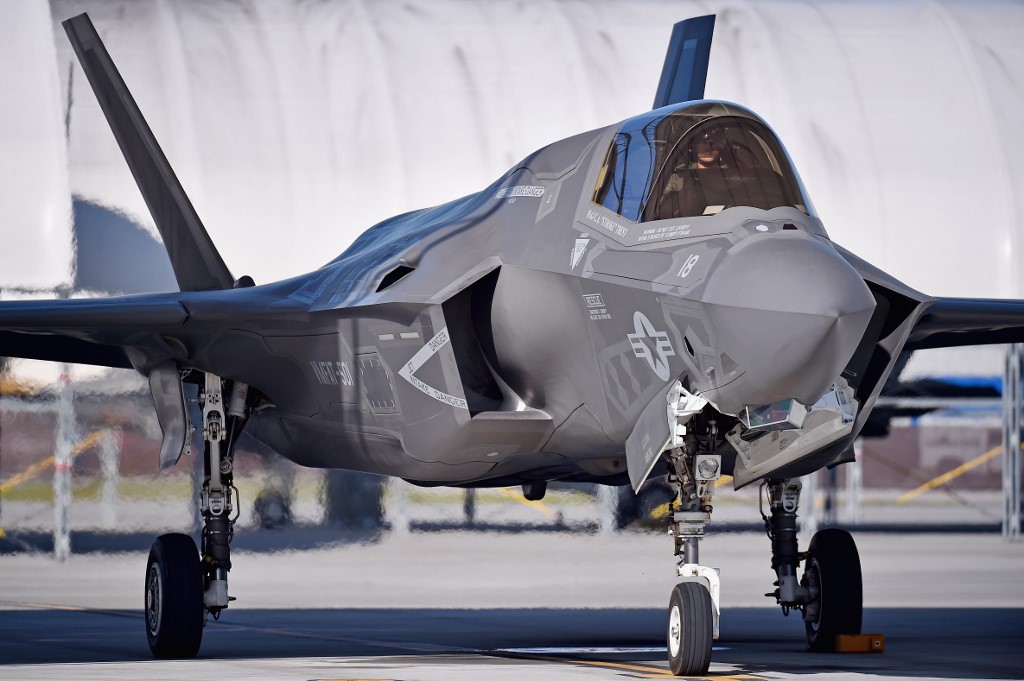 The objection of a handful of American legislators to the sale of 50 F-35 jet fighters to the UAE is intellectually dubious and morally wrong. Lawmakers argue that this sale undermines the “qualitative military edge” that America is bound to guarantee Israel. But it is hard to believe that some of these lawmakers – Congresswoman Ilhan Omar comes to mind – care much about Israel or maintaining its military superiority. Lawmakers who more clearly care about Israel, however, seem oblivious to the fact that Israel itself supports the proposed sale, in light of the US-brokered Abraham Accords that normalized relations between Abu Dhabi and Tel Aviv.

The difficulties that the sale is encountering is a result of America’s fickleness in foreign policy in the past decade. It is a bipartisan consensus of the wrong kind.

In 2009, as Iranians took to the streets to protest a stolen presidential election, Barack Obama called on the Iranian regime, one of America’s staunchest enemies, to settle the issue through dialogue. But two years later, when Egyptians protested the rule of Hosni Mubarak, a longtime and reliable US ally, Obama’s officials said he should step down “today, and by today we mean yesterday.” Likewise, Donald Trump was eager to summit with North Korean dictator Kim Jong-un – not once but twice – but found difficulty in maintaining cordial relations with democratic European allies and Nato.

Trapped in this Lewis Carroll mash up is the sale of the F-35s to the UAE.

The UAE is one of America’s most reliable allies. The Emirati air force was among the earliest participants in the US-led coalition in Syria against ISIS targets, and flew sorties in Afghanistan alongside Nato members’ air forces. Emirati pilots train together with America’s in Nevada. And James Mattis, before he was Trump’s secretary of defense, was a Marine general in charge of US Central Command who joined others in characterizing the Emirati armed forces as “Little Sparta” (a slightly incongruous moniker given that Sparta wasn’t that big to begin with). The list of American-Emirati cooperation and mutual respect goes on. But you get the idea.

So for goodness sake, why shouldn’t America sell the UAE its most modern fighting airplane? In fact, given all they’ve gone through together, the many times the UAE military has had the US’s back, the Americans ought to offer them a discount.

And yet, despite all this, some in Washington still think selling Abu Dhabi top-notch military hardware threatens Israel – a country that the UAE now formally recognizes, with businesses and cultural institutions on both sides eagerly forging trade, investment and artistic exchanges. An airline has already begun flying between the two countries; a hotel operator in Dubai is hoping to open a property in Israel; and in one anecdotal incident, an Israeli public relations firm has been scouting for partners in the UAE.

So, it must be terribly misty up the slopes of Capitol Hill in Washington if American lawmakers there can’t see that neither Israel nor the UAE regard the other as a threat. Instead, people in both countries are busy scanning the horizon for mutual opportunities.

Which brings us to the matter of QME, one of those annoying acronyms so beloved of American politicians. Why would the US need to guarantee a qualitative military edge for Israel vis-à-vis the UAE when neither one is the other’s enemy, when both are threatened instead by a common foe? Would it not in fact threaten Israel’s security if its friend, the UAE, were not to be as best equipped as it might be against their common enemy, Iran? In other words, QME makes no great sense in this case.

Or rather, it sadly does in the topsy-turvy world of rewarding enemies and denying friends and allies. But this must end, because it is morally wrong to harm your friends and threatening to your very own security to give enemies a pass.

The UAE is an ally of the United States. It is asking to buy better military hardware to protect itself, which marries with the interest of the US and with those of its other allies, Israel included. There is no question America should sell the F-35s to the UAE.