Unqualified, Inexperienced, Far from Impartial… Why Should the Palestinians Trust Kushner and His Deal of the Century? 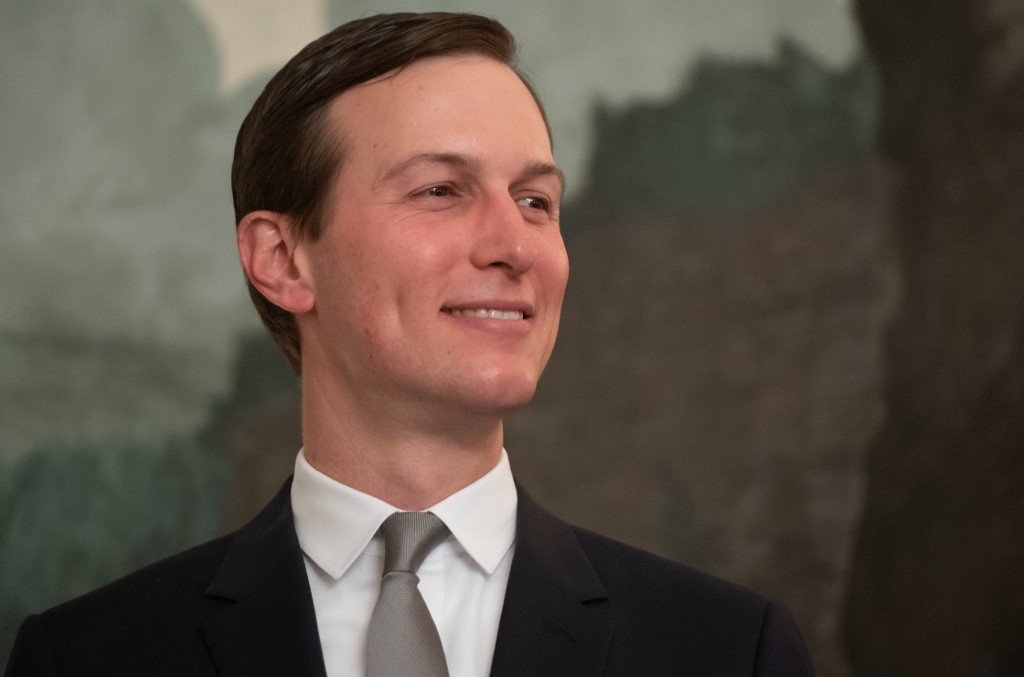 Over the past few weeks the Palestinian Authority has come under increasing pressure from all sides to engage with the Trump administration’s “deal of the century.” As The Jordan Times put it, the out-of-hand rejection of Jared Kushner’s imminent peace summit in Bahrain makes the Palestinians guilty of “premature negativism.” Even leading UAE businessman Khalaf Al Habtoor, founder of the Al Habtoor Group and a lifelong supporter of Palestinian rights, condemned the authority’s decision to boycott the economic summit as “short-sighted at best, self-defeating at worst.”

Such entreaties, stemming from a heartfelt concern for the people of Palestine, are well meant but they miss the point. The real saboteur of Jared Kushner’s deal isn’t Palestinian intransigence. It is Jared Kushner.

An honest broker must be impartial and to the Palestinians and liberal-minded Israelis and Americans alike it is clear that Kushner is the polar opposite of impartial. His father-in-law, President Trump, has ridden roughshod over many of the rules that govern the conduct of the presidency and nepotism is just one of the many abuses he has embraced with narcissistic fervor. But while Trump’s appointment of his wholly unqualified son-in-law as a senior adviser may have raised eyebrows, handing him the Middle East brief was both wildly insulting and catastrophically stupid.

It is difficult to think of anyone less likely to command Palestinian confidence than Kushner. Like the other three key members of his peace team, he is an orthodox Jew who is utterly committed to the best interests of the state of Israel. It says much about President Trump that he either doesn’t understand or doesn’t care that this fact alone constitutes the very definition of a conflict of interest that makes it impossible for Kushner to be accepted as an honest broker.

It gets worse. Kushner and his family are not only long-term personal friends of the Netanyahus but they have also actively supported oppression of the Palestinian people. In 2016, even as Kushner’s peace role was being mooted, The Washington Post revealed his family’s charitable foundation had given tens of thousands of dollars in support of an illegal West Bank settlement. Last year it emerged that during Trump’s presidential campaign Kushner had, quite literally, been a mouthpiece for Israeli interests. In her book “Born Trump,” Vanity Fair journalist Emily Jane Fox revealed that a speech Kushner wrote for Trump to make before the American Israel Public Affairs Committee, a Jewish lobbying group, was based on an hour-long telephone conversation with the Israeli ambassador to Washington.

All those urging the Palestinians to set aside their distrust of Kushner’s peace plan should pause and consider how all this must look to the Palestinians. They might also bear in mind the outlandish way in which the Trump administration, with Kushner’s tacit support, has set about alienating them, from recognizing Jerusalem as Israel’s capital to backing Israel’s claim to sovereignty over the Golan Heights.

In 2017 Kushner’s role as a member of the Trump regime, which has done so much to assail minorities and the disadvantaged, earned him a stinging rebuke in The Forward, the long-established US Jewish newspaper, which expressed horror at his “moral indifference.” In the words of the influential columnist Peter Beinart, “The challenge for Jared Kushner and everyone in our extraordinarily privileged generation is to remember our ancestors’ suffering and honor their memories by defending the weak, vulnerable and oppressed today. How could Kushner – a  Modern Orthodox golden boy – fail to internalize that?”

It was hardly a ringing endorsement for Kushner’s engagement with the vulnerable and oppressed Palestinians.

Whether or not the “deal of the century” will survive Israel’s unexpected return to the polls later this year remains to be seen, but the question is redundant. From the day it was launched, this ship with a morally and politically compromised captain at the helm was bound for the rocks. If the Trump administration had been serious about striking a deal that was equitable to both Israelis and Palestinians alike, at the very least it should have appointed someone independent of both sides. Instead, with the high-handed arrogance that has become the MO of this presidency, the Trump White House wants to impose a solution upon the Palestinians and the man tasked with delivering it seems to have been selected for his complete unsuitability for the job.

Even Mike Pompeo, the US Secretary of State, seems to recognize the futility of this approach. Details leaked earlier this month of his private meeting with the New York-based Conference of Presidents of Major American Jewish Organizations revealed Pompeo had conceded that Kushner’s plan could well be a deal “that only the Israelis could love.”

Like his father-in-law, Kushner may know something about property development but he is clearly out of his depth with the more subtle business of politics and diplomacy. Last week, even as his deal appeared to be sinking under the weight of its own improbability, he still lacked the political wit to disguise his contempt for the Palestinians. In a TV interview, he expressed doubt about their ability to govern themselves. When the interviewer suggested that perhaps he was not a man the Palestinians could be expected to trust, Kushner looked surprised.  “I’m not here to be trusted,” was his crass reply.

He is wrong. Trust may be an optional extra when it comes to the relatively simple business of buying and selling real estate. But for anyone attempting to devise a solution to one of the most intractable political problems the world has ever known it is an absolutely vital precondition.