Unrest in Ethiopia Should Unsettle the Middle East and Europe 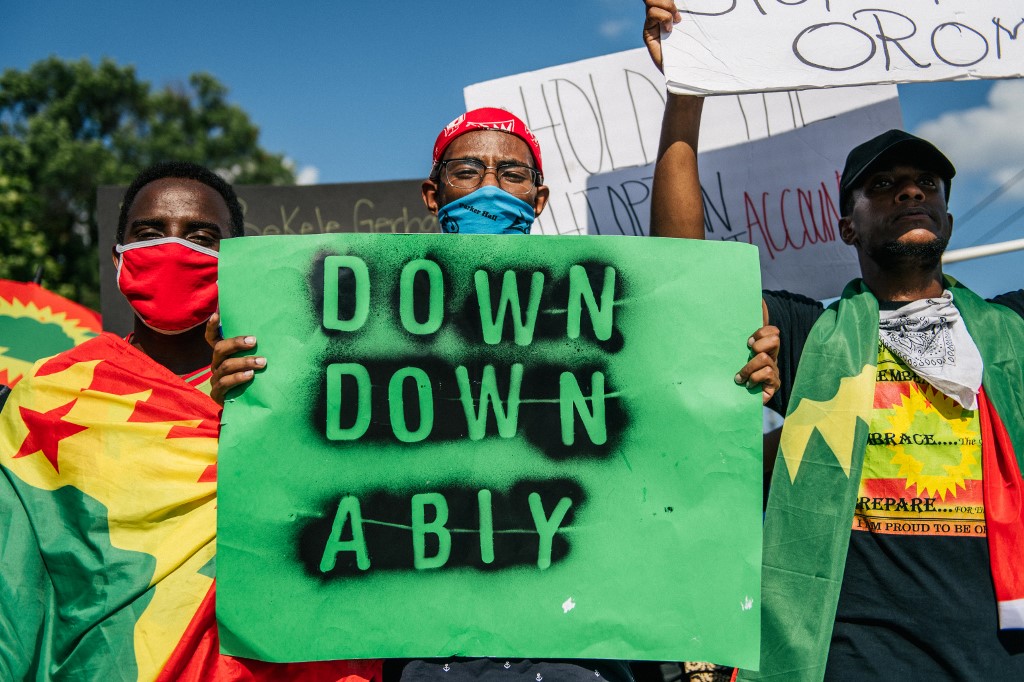 As political tensions come to a boil in Ethiopia, the international community must deploy its best diplomatic efforts to foster political reconciliation in the country. Failure to do this will be catastrophic not only  for Ethiopia and its immediate neighborhood, but could have repercussions far beyond in Europe and the Middle East as well.

At least 160 people have died in violence that has broken out across the country after the assassination of Hachalu Hundessa, a popular singer from the Oromo ethnic group. This is the immediate cause of the ongoing unrest. However, ethnic tensions have been simmering in the country for the last two years.

Upon taking power in 2018, Ethiopia’s prime minister, Abiy Ahmed, ushered in an era of democratic transition. Under his watch, the government freed political prisoners, allowed opposition political parties to operate, invited exiled dissidents back and liberalized laws affecting the news media. Abiy even sought peace with neighboring Eritrea, for which he won the Nobel Peace Prize last year.

Nonetheless, Ethiopia seems to have become the victim of its own success, and Abiy certainly shoulders part of the blame for this. Alongside pursuing a top-down political liberalization, he should have called for the formation of a constituent assembly to radically reconfigure the Ethiopian political system so that it does not pit one ethnic group against the other. Instead, he set about launching a new party, the Prosperity Party, centered on himself.

Moreover, over the last year and a half, Abiy’s government has behaved in an authoritarian fashion, enraging his political foes and furthering ethnic strife. In 2019, the government jailed outspoken journalists and opposition politicians. In response to last week’s unrest, the government has jailed at least three top opposition politicians, including Jawar Mohammed, widely viewed as Abiy’s chief political rival. Borrowing from the playbook of every authoritarian confronted by political unrest, Abiy has also blamed the ongoing unrest on as-yet-unspecified foreign powers.

There are many reasons why the international community should intervene diplomatically to foster political reconciliation and a genuine democratic transition. The African Union should manage this process, with the leadership perhaps of African democracies like Botswana, Ghana, Malawi or Mauritius. The most crucial reason for fostering peace in Ethiopia is that not doing so will bring untold suffering to the Ethiopian people. The country of 109 million already is home to 3 million internally displaced persons.

An exodus of refugees from Ethiopia will dwarf the Syrian refugee crisis and could seriously destabilize vast swathes of the continent, from the Horn of Africa to northern and central Africa. Ethiopia’s neighbors such as Sudan, South Sudan and Somalia are themselves going through difficult political transitions. The arrival of vast numbers of Ethiopian refugees could severely destabilize these countries. This could have a domino effect on countries further afield, like Libya, Tunisia, Egypt and Yemen across the Red Sea. Needless to say, massive refugee flows in the midst of the Covid-19 pandemic will be a recipe for disaster.

Ethiopia lies at the crossroads of various transnational terrorist groups, affiliated either to ISIS or Al Qaeda. An Ethiopia wracked by civil war could be the perfect fertile ground for these groups to seek sanctuary and recruit new members. There is evidence that the Al Qaeda-affiliated Al Shabab terrorist outfit has attempted to expand its activities to Ethiopia over the last year. There has even been religious violence in the country over the last two years, which could further fan the flames of extremism in the country.

As an antidote to his falling political stock, Abiy could double down on filling the Grand Ethiopian Renaissance Dam (GERD), Africa’s biggest hydropower project, over the objections of Egypt, which views the dam as an existential threat due to its potential to control the flow of the Nile. Despite his initial prevarication over supporting GERD, Abiy could now support it wholeheartedly as a way of galvanizing Ethiopian nationalism and also to improve his political standing.

In doing so, he would throw down the gauntlet to Egypt, which could intervene militarily. This could set the stage for a military conflict between two of Africa’s largest and well-equipped armies. Many governments the world over, both democratic and otherwise, have fomented military conflicts with foreign powers to distract attention from domestic political crises. Abiy could very well be tempted to repeat this.

Symbolically, the failure of Ethiopia’s democratic project could have an effect on the other multi-ethnic, multi-religious countries attempting democratic transitions themselves. Ethiopia, because of its size, history and location is a pivotal country for the region. The reverberations of political earthquakes in Ethiopia will be felt from Tunisia to Iraq.

Unlike the dismal record of his counterpart in Myanmar, Aung San Suu Kyi, Abiy now has to act like a Nobel Peace laureate. This will require sitting with his political foes and working out a compromise that both holds together Ethiopia as a plural, democratic state while also satisfying the political demands of the country’s various ethnic groups. Given the raised temperatures in the country and Abiy’s penchant in the recent past to resort to authoritarian tactics, a steering hand from fellow African democracies could be critical.