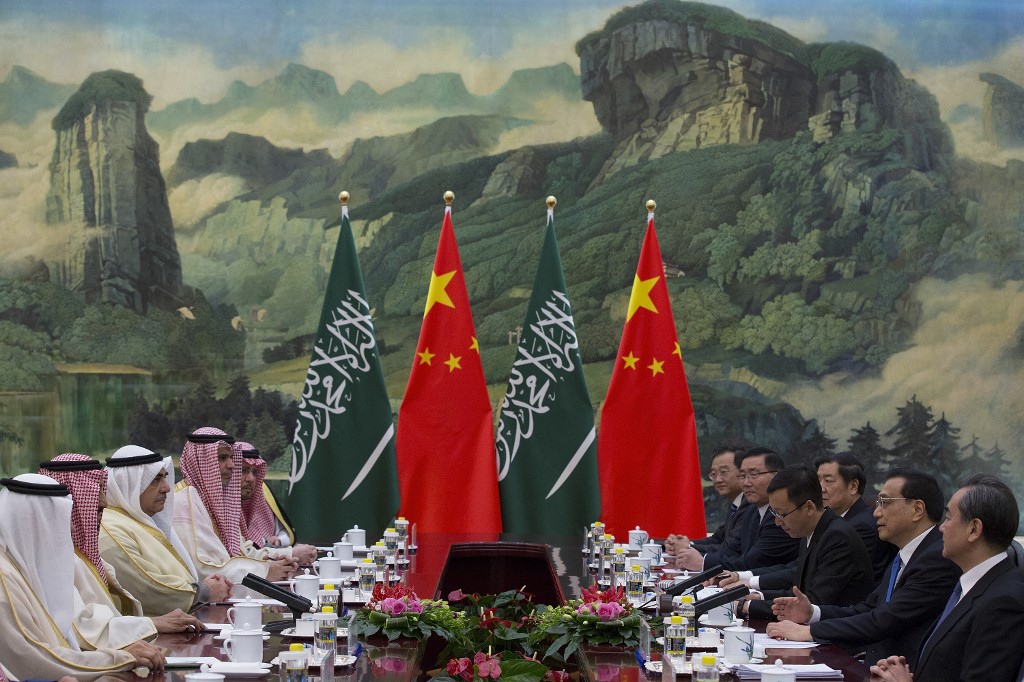 The rise in tensions between the US and China will create strategic uncertainty for Middle East governments, particularly in their relations with China, but also more broadly in their policy choices related to economic development, diplomacy and domestic politics.

In the wake of the Covid-19 global pandemic, American politicians have called for the US economy to be decoupled from China. This means that American policy will incentivize American businesses in strategic sectors like healthcare and technology either to re-home parts of their manufacturing or to relocate them to friendlier countries.

This presents an opportunity for labor-intensive economies like Egypt, Tunisia and Morocco that are on relatively good terms with America. A steady supply of manufacturing jobs for the high number of unemployed youths in these countries would increase their social and political stability. On the other hand, the increasingly zero-sum nature of economic competition between China and the US means that Middle East countries looking to develop hi-tech industries as part of their economic diversification programs will have to factor in the risks of doing business with China.

For example, the Trump administration recently announced sanctions on any company in the world that sells microchips containing or made by American technology to Huawei, the Chinese telecoms company. This will severely affect the plans of several Gulf countries to develop their own indigenous microchip manufacturing capability. If Huawei is the target of US sanctions today, it could be any Chinese company tomorrow – especially as US policymakers tend to believe that most private companies in China have close ties to the Communist Party.

Since Chinese companies are increasingly global leaders in sectors ranging from telecoms and engineering to e-commerce and social media, the inability to partner or do business with these companies will be a severe hindrance to companies in the Gulf and, by extension, to plans to diversify the economies of the region.

China also is likely to step into the vacuum left by America as it continues to disengage from the Middle East. In the medium term, China will probably not play a military role but, rather, a more significant commercial role: after the pandemic, China is likely to become the single largest country-to-country source of funding for the region’s many showpiece infrastructure projects that help prop up the legitimacy of many of the region’s ruling elites.

Chinese funding will be particularly crucial for the region’s governments, particularly as low oil prices put additional stress on many budgets. While China may well offer no-strings-attached financing to those governments, it will exact a political price in the form of quiescence as Beijing sets about refashioning the world order according to its preferences. Middle East governments will have to decide how far they will go toward accepting Chinese suzerainty as part of the emerging Pax Sinica. For example, how long can the regime in Tehran, which prides itself on speaking for all Muslims across the world, stay silent on the treatment of the Uighurs in Xinjiang province without undermining its own domestic legitimacy?

The upside to greater Chinese commercial engagement in the Middle East, however, will be that China is likely to persuade the various parties in the region’s numerous conflicts to reach some sort of détente or rapprochement. Unlike the US, which is actively involved in those conflicts, China is a neutral party. But it is not a disinterested one. Settling regional conflicts means less potential trouble for Beijing’s pet projects, such as the Belt and Road Initiative.

The most significant fallout from US-China tensions will be the Middle East’s growing admiration for China’s political model. Despite the initial bungled response to Covid-19, China has been relatively successful at containing the virus that causes it. A highly centralized system built around the Communist Party, the ability to place vast populations under lockdown and conduct mass surveillance on its citizens with little or no resistance, a tightly controlled media to spread the desired narrative at home and the mounting of a skilled propaganda exercise abroad through donation of medical equipment – all are now being carefully watched by many Gulf states.

By contrast, America’s response has exposed the weakness of its political system, with federal and state governments competing for medical equipment and Donald Trump more concerned with the upcoming presidential election than with heeding expert scientific advice. The limits of America’s profit-oriented healthcare system also have been laid bare by the pandemic. In addition, the hypocrisy of Trump threatening to use the military to quell civil strife in the US while his administration criticizes Beijing for its heavy-handed response to protests in Hong Kong has also not gone unnoticed.

The biggest caveat to these predictions is if the Democrats retake the White House in November. An America led by Joe Biden is likely to pursue multilateralism and restore America’s role as upholder of a world order based on global rules. A Biden administration is also likely to re-engage with China and avoid exploiting the relationship with Beijing for political gains at home.

Should this happen, it will lift the cloud of strategic uncertainty that hangs over current interactions between the Middle East and China, and will give the region’s leaders a wider choice as they formulate policy.