After Its Failure in Afghanistan, the US Should Now Recognize the Taliban in Kabul 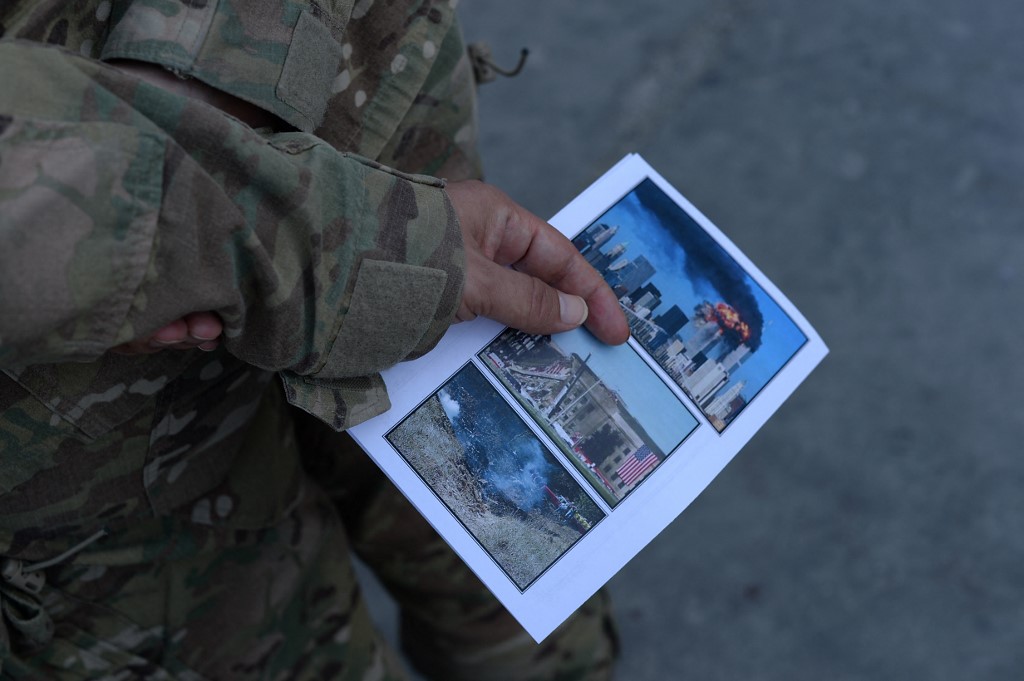 The Merriam-Webster dictionary defines hubris as “exaggerated pride or self-confidence,” a character flaw that, in classical Greek tragedy, “led the hero to attempt to overstep the boundaries of human limitations and assume a godlike status.” Affronted, “the gods inevitably humbled the offender with a sharp reminder of his or her mortality.” Enter – or, rather, exit – Maj. Gen. Chris Donahue, commander of the US 82nd Airborne Division, whose claim to fame will always be that on August 30, 2021, he became the last American soldier to leave Kabul. In a widely circulated, eerily green-tinged photograph, taken using night-vision optics as he boarded the last C-17 aircraft out of Afghanistan, Donahue looked for all the world like the ghost of failed imperial adventures past.

As the paratrooper marched across the runway toward his getaway plane, one could almost hear the crunch of the boots of the retreating Russian and British soldiers who had passed this way before, victims of the hubris of their own governments in the 20th and 19th centuries.

Donahue’s own story, his entire career, in fact, is the cautionary story of America’s tragic missteps since the 9/11 attacks in 2001. He was in the Pentagon when American Airlines Flight 77 struck the building that fateful day. Like tens of thousands of other Americans, he was subsequently deployed to Afghanistan, first in 2002 and then three more times after that. He also served in other countries, including Iraq and Syria.

It is fair to say that not one of these postings achieved what America set out to achieve. Yet according to an interview for the 18th Airborne Corps Podcast released in May, when planning for the retreat from Afghanistan was well-advanced, Donohue’s gung-ho self-confidence remained utterly untarnished.

“We do not heavy breathe in this division,” he said. “Whatever you ask us to do, we can handle it … Whatever the nation needs, whatever the corps comes back to us and says they need, we got it.”

Except, of course, they didn’t “got” the defeat of the Taliban.

As Maj. Gen. Chris Donahue marches into history, the Western world surely has no choice but to abandon its hubristic conviction that its world view is the only correct one, and a good starting point would be to adopt a realistic attitude toward Afghanistan and the Taliban.

The world must ask itself a simple question: does it want the country to fail, or to succeed, with or without the Taliban in power? Judging by the media coverage since the takeover of the country by the Taliban, it is the former. Western newsdesks have been leaping on every scrap of uncorroborated news suggesting that the Taliban, while playing a good PR game, is up to its old tricks.

At the same time Western politicians, seemingly forgetting that their armed forces have just been comprehensively defeated, have been sounding off noisily about how they intend to hold the Taliban to account, while numerous states continue to decline to recognize the Taliban as the government of the country.

Soon, it will dawn on the capitals of the West that what they think about Afghanistan no longer counts for much. Certainly, in the world of realpolitik now governing events in Afghanistan, threats are redundant. The West tried that, remember? The reality facing Afghanistan, and the world, is that the country is now once again in the hands of the Taliban, despite the best and worst efforts over two decades of the world’s most powerful nation and its allies.

If the West remains serious about trying to help the people of Afghanistan, not only will it have to come to terms with the Taliban, but it will also have to ditch the discredited stick and start to offer the carrots that will, slowly but almost certainly surely, start to align the attitudes of the Taliban with those of the 21st century.

Will the country change overnight? No, of course not. Doubtless there will be backward steps, and even horror shows over the coming years. But faced with a whole country to run, a treasury light on cash, the Taliban will need aid and support and will seek the approval of other nations to get it.

As the world contemplates the anniversary of 9/11, which 20 years ago launched America into its longest war, it is worth counting the costs, not only of the heinous attacks that September day in 2001, but also of the carnage that has followed since.

The attacks killed 2,977 civilians in America. As a result, a US government desperate to lash out at somebody invaded Afghanistan and ousted the Taliban, the very people it had cynically supported with cash, training and arms during the 10 years of the Soviet-Afghan war. The cost in human terms of that operation, which led neither to the capture of the 9/11 mastermind, Osama bin Laden, nor, ultimately, to the overthrow of the Taliban, was 176,000 lives – a disproportionately large butcher’s bill, by any kind of reckoning.

Of these, 6,247 were Americans – more than twice as many who died on 9/11 – while a further 1,144 troops from allied nations were killed. Over 46,000 Afghan civilians were killed, along with in excess of 56,000 opposition fighters. The US did not, of course, stop at invading Afghanistan. Regime change in Iraq was the next item on the agenda, and that proved even more expensive, costing a total of about 300,000 lives.

America’s “war on terror” cost an estimated $6 trillion, of which Afghanistan’s share was $2 trillion. Afghanistan and the entire region might be a very different place today if America had instead invested that money in trying to build a better Afghanistan.

Now, at least, having been defeated so comprehensively on the battlefield, it finally has a chance to do the right thing. It can start by recognizing the Taliban, and doing everything in its power to draw the country into the family of nations.