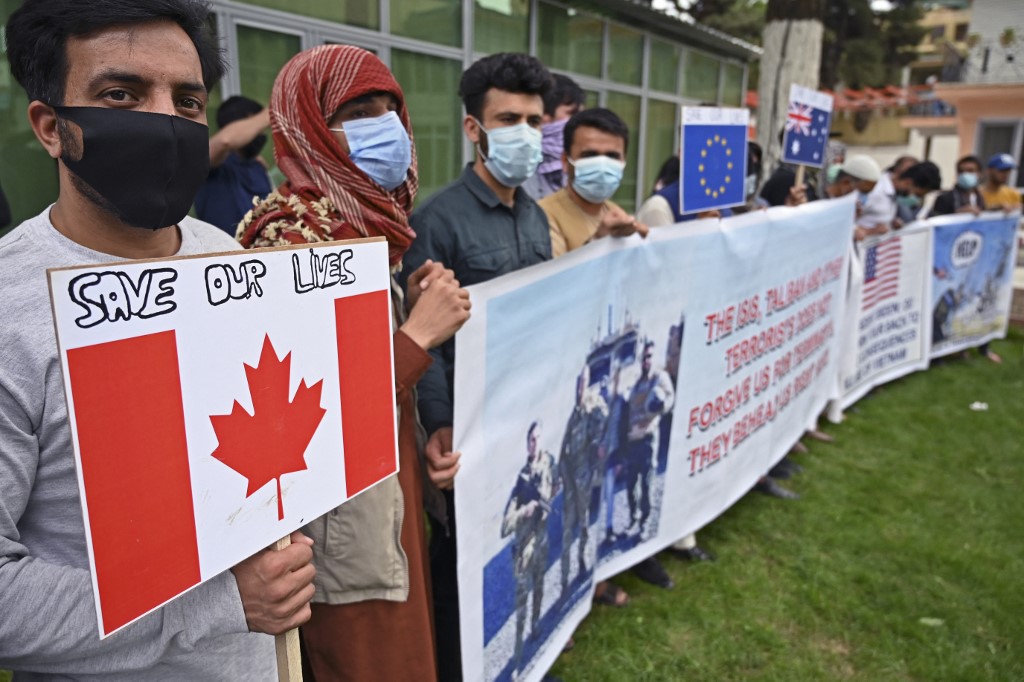 “No man left behind.” So goes the unofficial credo of the US armed forces, writ large in the global public consciousness, thanks to countless war movies in which soldiers do the right thing by their comrades. As events currently unfolding in Afghanistan show, however, when it comes to many of the thousands of Afghan interpreters who over the past 20 years have risked their lives helping allied forces, that promise is an entirely hollow one.

The hasty withdrawal of allied troops from Afghanistan and the predictable resurgence of the Taliban is proving, equally predictably, to be a death sentence for anyone who aided “the enemy” during the long years since the ousting of the Taliban in 2001.

Sohail Pardis worked with the Americans as a translator for almost 18 months before his employment was terminated in 2012 after he failed a polygraph test. The polygraph, a notoriously unreliable “lie detector” test, was used regularly to clear Afghans for entry to allied bases. More recently it has been part of the approval process for former Afghan employees of the American and other foreign forces seeking visas to start a new life overseas.

Failing the test cost Pardis his chance of a new life in America and, ultimately, cost the 32-year-old his life. In May, long after the Americans he had aided had returned to the safety of their own country, Pardis was stopped at a roadblock by the Taliban and beheaded by the side of the road.

His is not an isolated fate. Sources suggest thousands like him have already been murdered by the Taliban. And, as allied governments dither and refuse visas on petty bureaucratic grounds, thousands more are likely to die as the Taliban extends its hold over Afghanistan.

In June, the Taliban promised not to harm Afghans who had worked for foreign forces. None who have received death threats believes the promise, including one linguist who told CNN recently that he had worked for five years alongside US special forces but had had his visa application rejected. It didn’t matter that the commanders of the SEAL teams he had helped vouched for his good service in written testimonies, reporting that he had repeatedly “braved enemy fire and undoubtedly saved the lives of Americans and Afghans alike.”

His own life now hangs in the balance.

One former translator for UK special forces who, like so many, is still awaiting news of his long-delayed visa application, told the British Telegraph newspaper that “thousands of interpreters have been killed. Every one of the interpreters will know someone who has been killed by the Taliban.” Another told the Telegraph: “I enjoyed working for the British and I have a lot of good memories. I think British people are fair but the British government is different. They are not treating us fairly.”

It is clear that if it were left to the soldiers who relied so heavily on them, not one of the interpreters would be left behind. Several former UK military chiefs, for example, have written to their government urging it to rethink its policy, and last week on BBC Radio there was a telling interview with a British army officer who spoke movingly of his efforts to find out what had happened to the men he had served with in 2007.

One had already been killed, he discovered. Another, “Sharif,” has had his visa application rejected.

“We did our six-month tour, but Sharif stayed on with British units for a total of three years,” the ex-soldier said.

Sharif’s application was refused because in 2009 he had been dismissed for unspecified “disciplinary reasons.” Furthermore, the former captain found out, “about a third of our interpreters were dismissed for this vague reason. There is a need to renew these cases.”

British and American veterans of the long and ultimately futile war in Afghanistan, he added, “have a strong sense of duty, a tie to these people… It’s really important for us as we struggle with what we’re now seeing in the news that we at the very least don’t abandon our interpreters. The bonds that we had with our interpreters were particularly close. They were our mouthpieces as we went into those Afghan communities, and we gave people our assurances of democracy, stability and progress.”

It is, of course, no fault of the soldiers who gave those assurances that their governments were, in the end, unable to make good on them. But it isn’t, of course, the first time that, in the interests of political or military expediency, that Western powers intervening in the region have made promises they either could not, or never intended, to keep.

The Arab revolt against the Ottomans that arose in the Hijaz during the First World War was incited by the British government, with TE Lawrence “of Arabia” as its convincing front man, on the false promise of a pan-Arabian state for Arabs after the war.

The iconic photograph of Americans fleeing by helicopter from the roof of the US embassy in Saigon in April 1970, while the abandoned South Vietnamese citizens clamored hopelessly at the gates, tells its own vivid story of betrayal.

More recently, in 1991 America was content to encourage the Kurds of northern Iraq to rise against Saddam Hussein, leaving them to their fate after they heeded the call.

Afghanistan, in other words, is just the latest in a long series of betrayals.

From the outset, there was never the slightest chance that well-meaning foreign soldiers, tourists in Afghanistan’s complex political and cultural landscape, would ever be able to deliver on the promises of democracy, stability and progress.

The American and British soldiers who made those promises are safe, back home in their own world. Those who helped them are now paying the price for believing the glib-tongued politicians who sent them there.