What the Burgeoning Insurgency in South Syria Means for Russia 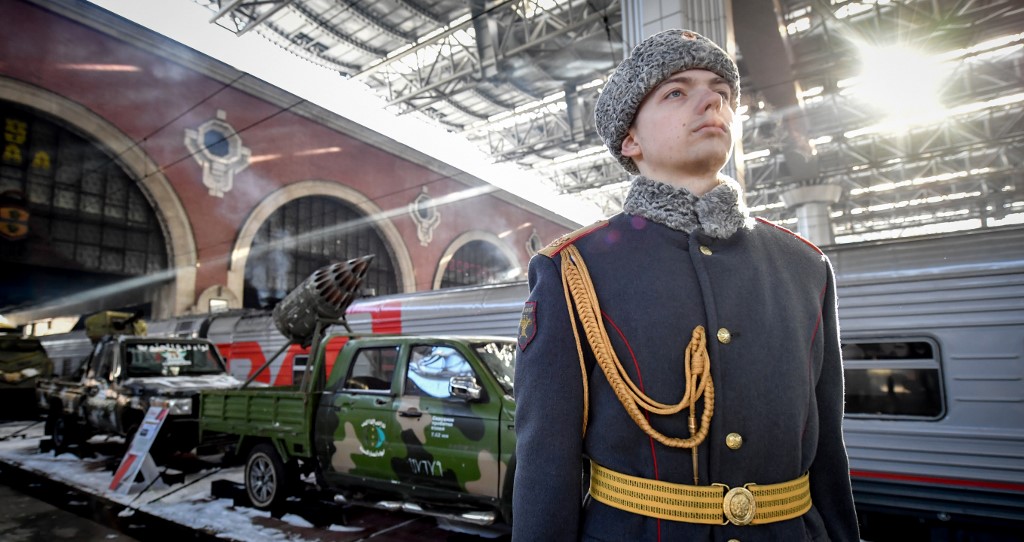 Most of the media focus in Syria in recent weeks has been on the intense combat going on along the frontlines of Greater Idlib province. An offensive lasting several weeks by pro-regime forces, supported by a massive Russian bombing campaign, has resulted in a high number of casualties among government troops while achieving little. The situation has deteriorated to the point where Russia is now allegedly deploying special forces to bolster Syrian formations on the ground.

Amid all this, one of the most interesting stories of the year has continued to unfold in southern Syria. On July 13, a convoy of Russian military police on patrol in Daraa province hit a roadside bomb while traveling between the towns of Kharaba and Maaraba, about 10 kilometers from the border with Jordan. No casualties were reported, but it was the first such attack on Russian forces in the region.

This was merely the latest development in a violent trend for Daraa. Once a rebel stronghold, the area was brought back under government control in July 2018. Following a Russian-brokered evacuation deal, rebels surrendered their heavy weapons and were told to choose between being transferred to Idlib or reintegration into nominally autonomous pro-regime security formations.

Shortly after the deal, the regime reneged on the amnesty, breaking previous promises by arresting and conscripting reconciled insurgents for operations in the north of the country. This quickly engendered a new wave of insurgency, scattered at first but steadily growing. A map posted in April by opposition activist network ETANA showing attacks on regime forces in the past nine months included no fewer than 30 incidents. An article that same month in the American magazine, Foreign Policy, described the growing presence of ISIS in southern Syria, with up to 1,500 fighters smuggled to the area from the eastern Syrian desert in the previous months.

On July 17, four days after the roadside bomb exploded on the Russian servicemen, an improvised explosive device (IED) struck regime forces near the town of Yaduda, reportedly killing five and wounding 16 in the largest single casualty attack to date.

All this would appear to be tangential to Russia’s priorities in Syria, were it not for the fact that Moscow has sought to use Daraa to showcase how well Russian control is working in the country. This was one of the three major de-escalation zones (the others being Eastern Ghouta and north Homs) from which Russia then engineered and safeguarded a rebel withdrawal. South Syria was also the arena for the high-stakes competition between Israel and Iran last year, involving dozens of Israeli airstrikes versus a growing deployment of Iranian men and materiel to the border area.

Russia trumpeted its role as a go-between and promised to remove pro-Iranian forces, reducing the risk of a larger-scale Israeli operation. To demonstrate commitment to making the region secure, Moscow then sent at least one battalion of military police to the United Nations Line of Contact, the de facto border between Syria and Israel, where the unit soon engaged in high-profile escorts of UN convoys and joint patrols with UN peacekeepers. Israel seems to have been mollified for the time being, but it will not remain so if an entirely new threat emerges.

Against this backdrop, the reports about who was responsible for bombing the Russian convoy are even more intriguing. Numerous sources claim that pro-Iran militants were behind the attack, an allegation still very much unconfirmed but of particular interest given recent trends. Russia and Iran have increasingly been at odds in Syria in 2019 as their goals diverge ever more evidently. Disagreements over smuggling routes and Iranian proselytization in Deir Ezzor province in eastern Syria have occasionally boiled over into open confrontation. At the same time, Iran has kept away from the joint Russian-Assad regime assault on north Hama and northeast Latakia. In January, reliable sources (including Russian media such as Novaya Gazeta) reported heavy firefights between pro-Iranian and pro-Russian forces in Hama, with estimated casualties of up to 200.

Meanwhile, it seems increasingly probable that the contingent of Russian military police will appear in the crosshairs of both pro-Iran and rebel forces. Given Iran’s much stronger position on the ground in Syria, with effective command over tens of thousands of militiamen, no amount of Moscow-led restructuring of Syrian forces is likely to fundamentally shift this balance. It’s also hard to see how the situation in Daraa can be alleviated.

Popular anger against the regime is growing, and with it, insurgent activity, in much the same fashion as it did in 2011 and 2012. By deploying Russian military police previously in parts of Syria, Moscow has had some success in curbing the regime’s abuses. But there are no signs as yet of any efforts to rein in Damascus in the south. For Putin and Assad, southern Syria promises only more headaches.