When Turkey And Russia Make Deals In Syria, Kurds Brace For An Attack 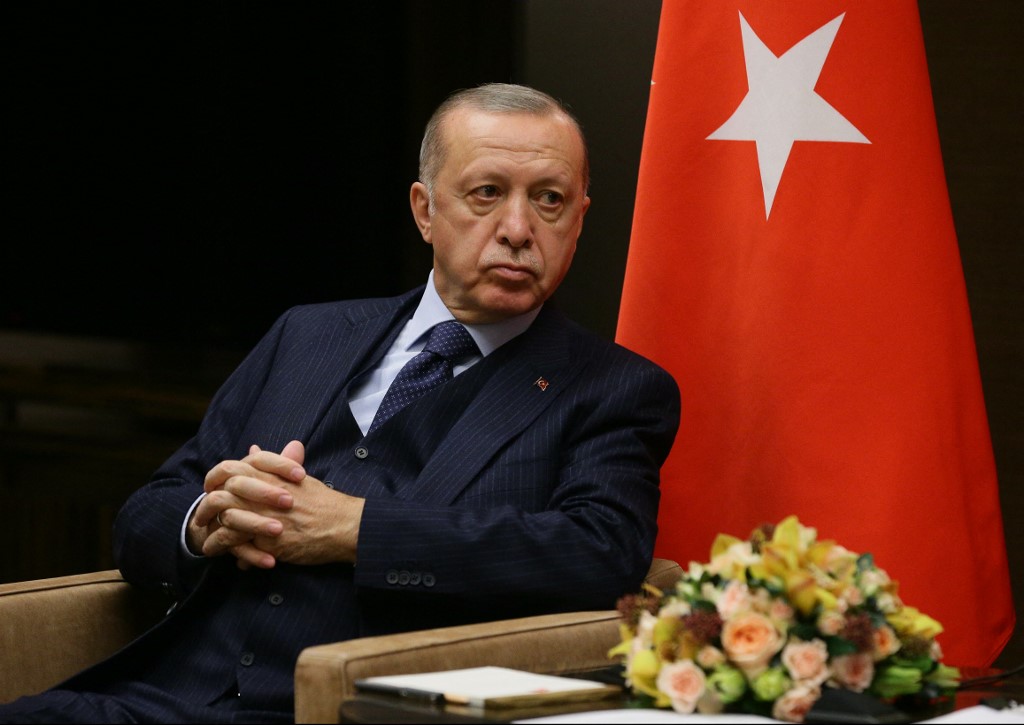 The fate of the Syrian Kurds depends on lucrative deals between Russia and Turkey. The two countries, as well as the United States, are known for pursuing their political interests in Syria at the expense of the Kurds. How will the latest behind-the-scenes arrangements affect Syria’s largest ethnic minority?

As a small participant in the big Syrian game, the Kurds try to maintain good relations with both Washington and Moscow. They know that the U.S. is a major global power, and that Russia has a very strong influence in Damascus. The problem, however, is that the U.S. has repeatedly shown that it is not willing to allow relations with Turkey, a NATO ally, to deteriorate over the Kurds. That is why they have to turn to Russia and their client Bashar Assad for real protection.

Ever since President Vladimir Putin and his Turkish counterpart Recep Tayyip Erdogan met in the Russian Black Sea resort of Sochi on Sept. 29, Turkey has been preparing for a military action in northern Syria. Reports suggest that Ankara plans to carry out a new operation against the Syrian Kurds and capture the city of Tel Rifaat, as well as Kobane – a town known as the Kurdish Stalingrad. Kobane has been under the control of the Kurdish-dominated People’s Protection Units (YPG) since 2012, while Syrian and Russian troops entered the border town in 2019 during an earlier Turkish incursion. Over the past few weeks, Turkish and Russian officials have been negotiating a deal to address Ankara’s concerns with regards to the YPG – an organization which Turkey considers a terrorist group due to its links with the outlawed Kurdistan Workers’ Party (PKK). Ankara is reportedly considering leaving some small parts of Idlib, Syria’s remaining rebel-held territory, to Russian forces in return for support for an operation in northern Syria.

At the same time, the Kurdish-led Syrian Democratic Forces (SDF) and the Russian military are in talks to withdraw Kurdish units from areas adjacent to the Turkish border to avoid a military confrontation with Turkey. According to reports, the Russians are trying to convince the SDF to withdraw its fighters from the north of Syria to prevent another Turkish military operation that would have catastrophic consequences for the Kurds. The hope is that the SDF would relocate to the south of the international M4 highway, which is 32 kilometers from the Turkish border.

From a purely military perspective, the Turks seem to be ready to launch an offensive against the YPG. Besides Tel Rifaat and Kobane, other potential target areas would include Manbij, west of the Euphrates, and Ain Issa and Tal Tamr, east of the river. The military units of Turkish proxies in Idlib have been put on a full level of combat readiness. Starting another incursion into Syria is now a matter of a political deal between Turkey and Russia. Policy makers in Ankara are unlikely to have any fears that the Kurds could provide a strong resistance to the Turkish army. Indeed, due to the deteriorating economic situation in Turkey, a small victorious operation in Syria against the Kurds would be more than beneficial for Erdogan. However, it is not very probable that Turkey would start an offensive until it makes a final deal with Russia, and gets the green light from the U.S.

Erdogan and President Joe Biden met in Rome at the G20 Summit on Oct. 30, and the Turkish leader reiterated Ankara’s discomfort over U.S. support for YPG fighters in Syria. Some Syrian Kurds, on the other hand, accuse the U.S. and Russia of inaction in the face of a possible Turkish offensive. Moscow’s position is clear – if the Kurds do not withdraw from certain places in the north of Syria, and allow Russian troops and the Syrian Army to establish full control over the region, the Kremlin will simply turn a blind eye to the Turkish actions. It is entirely possible that Russia will first make a deal with Ankara that would include a “land swap” – the Kurdish-controlled territories for a portion of Idlib.

As reported by several Russian and pro-Assad sources, the Syrian Army is preparing for an offensive on parts of Idlib that are controlled by Turkey-backed forces. The action could apparently follow even if Moscow and Ankara do not reach a compromise over the YPG-held territory. There were also reports that Russia increased the number of jets operating in northern Syria, which could be interpreted as a message to its Turkish partners – do not start a military campaign until we reach the final deal that includes the fate of the M4 highway. For both Moscow and Ankara, the M4 has strategic importance, which is why the highway is expected to eventually be under joint Turkish-Russian control. At this point, the M4 remains closed, and the six kilometer wide security corridors to the north and south of it have not been created.

In the short-term, most likely in December in Kazakhstan’s capital city of Nur-Sultan, Russia and Turkey will probably discuss this issue. Meanwhile, it remains to be seen if Ankara will get the approval for a limited military action in the region. One thing is for sure – regardless of the situation in Syria, Moscow and Ankara will keep doing business as usual. Their situational partnership will prevail over disagreements regarding the position of the Syrian Kurds – the weakest link in the Russo-Turkish Syrian adventure.