While the World’s Eyes Are on the Pandemic, ISIS Has Eyes on a New ‘Caliphate’ 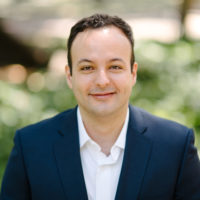 Attention has shifted away from ISIS and the extremists are taking advantage, as they rebuild and intensify attacks in Syria. Practically all the key players in the Syrian conflict have fought against ISIS, but as the group’s numbers have shrunk and its fighters have melted into the shadows, focus has moved to other adversaries and concerns.

This is a sequence of events we have seen many times before in the region and it is once more creating space for the extremist group to reorganize and gain strength. Unfortunately, it is unlikely that a concerted effort against ISIS will resume unless and until it takes significant territory again, and that delay will make it even harder to cut ISIS down again.

After capturing vast swathes of Syria and Iraq in 2014, ISIS was largely defeated between 2015 and 2018 and its territory was retaken – not by one nation or military force, but through a series of military campaigns by regional and global state and non-state elements. These forces, including such disparate powers as the US-led coalition, Russia, Turkey, Iran, Iraq, Syria and their local allies, did not carry out a unified campaign; in fact, they were often more invested in undermining each other. But the sheer breadth of those forces in the end defeated ISIS and dramatically reduced the territory it held.

Regrettably, those forces that drove ISIS to the brink are now passing up the opportunity to deliver the coup de grace. The US and Turkey remain at loggerheads over the status of the Syrian Democratic Forces. Russia has no desire to sink deeper into a Syrian quagmire beyond securing the objectives it has already achieved in the west of the country, which were to consolidate its naval and air bases there and broaden its influence in the region, among other things. Even Iran is reportedly already drawing down some of its forces in Syria. The economic ravages of the Covid-19 pandemic will only further reduce any desire by these powers to expend further resources on going after ISIS.

The fight against ISIS in Syria, therefore, has largely been left to local forces, namely the Syrian government and the US-backed Maghawir al-Thawra rebel group operating from the Al-Tanf garrison on the Jordanian border. The latter is very weak, however, and hemmed in by Syrian regime forces. For the Syrian government itself, the greater priority most of the time is the battle against Turkish-backed rebel forces in Idlib.

Even if the Syrian regime attempts a concerted campaign, its forces are too battered and ranged against too many other military opponents. Add in a shattered economy and waging a sustained campaign to eradicate ISIS is simply unrealistic. Syria simply does not have the means to do it.

In fact, the last few months have produced growing evidence of an ISIS resurgence in Syria. Assassinations linked to the extremist group have spiked, particularly across the south and southeast of the country, sometimes eliminating high-ranking officers, such as the commander of the 52nd Brigade last month, and sowing distrust and fear among the ranks. Furthermore, ISIS has been carrying out increasingly successful raids, temporarily taking over villages in the Sukhnah region of the country, ambushing Syrian military convoys and threatening important oil and gas fields nearby. It would not be surprising if ISIS were able to actively maintain a hold on territory and population centers in southern Syria in the months ahead.

ISIS attacks in Iraq also are on the rise. The first suicide bombing in months was carried out on April 28, followed by a series of attacks in Salahuddin province on May 2 and 3 that killed 14 government-linked militiamen. The increasing number of attacks like these in both Syria and Iraq are the first concrete indication that ISIS is quickly regaining strength.

A knack for fomenting enemies across the globe was ultimately the group’s undoing, as forces and resources both in the region and across the world were galvanized into mounting formidable – albeit disjointed – military campaigns that by 2018 reduced it to a shadow of its former self. However, ISIS also benefits greatly from the divisions among its enemies. Those divisions and a shift in focus to other concerns have removed the imminent threat to ISIS and given it breathing space.

While it is unlikely that we will ever see a repeat of the stunning success that ISIS achieved in 2014, the region remains hugely and dangerously unstable, both politically and economically. Without vigilance, the prospect of ISIS resurfacing once more as a dire threat is all too possible.

It is unrealistic to expect the disparate forces that were ranged against ISIS to get over their entrenched animosity toward each other and work together now to defeat the group. Relying on local forces when they are not up to the task is foolhardy and dangerous in the extreme.

A reinvigorated ISIS certainly is not in the interest of any leading regional or global power. Eliminating ISIS for good must remain a priority.