Why Ankara Is Building a Mini Turkey Inside Syria 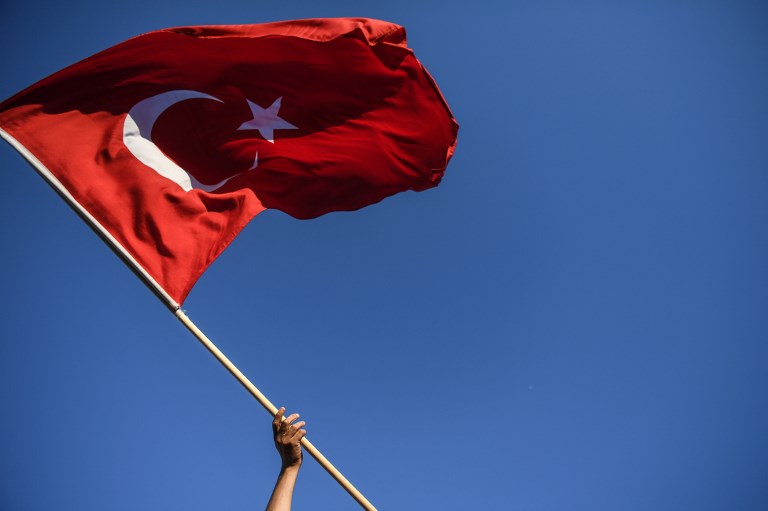 Turkey is laying the foundation for a long-term presence in areas of Syria along their common border. That said, Ankara has no interest in incorporating the territory within its national boundaries. Instead, what it seeks to create is a buffer zone that is, in form, a replica of Turkey, and whose population, in turn, will be an ally of Ankara’s domestic politics. While the world has noted Turkey’s military campaigns in Syria, it has failed to acknowledge the bigger, more substantive project that those campaigns have enabled, which is to isolate Kurdish politics inside Syria so it doesn’t embed itself further in Turkey.

In 2016, Turkish forces, backed by Syrian rebel groups, launched Operation Euphrates Shield in northern Syria against ISIS and to restrain the growing influence of YPG-led Syrian Kurdish troops. The YPG, or Syrian Protection Unit, is considered by Ankara to be as much a terrorist organization as ISIS. A year later, Turkey launched a second offensive called Olive Branch, also with the support of its rebel allies, to sweep YPG fighters out of their stronghold of Afrin.

The military interventions have allowed Turkey to secure its border and to capture two regions inside Syria. Building on these gains, Ankara began to reconstruct Syrian cities under its control. It repaired infrastructure, restored essential services and has been investing in development projects. Most of the rebuilding is concentrated in the area captured in 2016, and which is commonly referred to as the “Euphrates Shield area.”

Among the projects Turkey has initiated is first and foremost the restoration and expansion of the health system, which is particularly important for a region that still suffers from the effects of warfare. Ankara has repaired clinics in Jarablus, Dabiq, Al Rai and other areas. Then, in a development that might have raised many eyebrows had it been noticed abroad, the Turkish health ministry – after all, a civilian institution whose mandate is to serve Turkish people – financed the construction of $17-million hospital in the city of Al Bab. When completed, it will have 200 beds and be the largest hospital in the area.

Similarly, Turkey’s publicly funded Harran University is opening a branch in Al Bab. And while the two other university campuses that have already opened are offshoots of private colleges, Ankara covered the building cost. Turkey is also rebuilding dozens of damaged schools.

In other examples, Turkey’s Disaster and Emergency Management Presidency is building a new city near Al Bab. When finished, it will have schools, shops and nearly 12,000 homes for 80,000 people. Meanwhile, an economic zone is being built on a 56-hectare site near Al Rai; it will have its own power station, waterworks and sewage treatment plant. This business park will be the largest industrial zone in the Euphrates Shield area, with roads connecting it directly to Turkey. Next, Turkcell, the telecoms company, is establishing mobile phone coverage in the wider region that encompasses Idlib and rural Aleppo. But perhaps even more significant, the Turkish Post Office has opened branches in several cities to offer the ability to make financial transactions, in addition to postal services.

All these investments, unsurprisingly, have raised questions about Turkish imperial ambitions in the manner of the Ottoman empire. Yet, it is just as instructive to recall that Turkey has actually tightened immigration controls, imposing strict visa conditions for Syrians that overturn the open-border policy from 2015. It is also building a three-meter high wall across the 900 kilometers of its border with Syria. True, of the 3 million Syrian refugees it wants to repatriate, most of the 300,000 already sent back have ended up in the areas Turkey is rebuilding. But the repatriation did not hinge on the rebuilding program, and Ankara didn’t rebuild these areas for them. So, why then did it undertake this highly expensive venture?

The short answer is that Ankara wants the border area to be dependent on, and be friendly to, Turkey. It is attempting to build a facsimile of Turkey populated by Syrians. New administrative, military, financial and security institutions are all modeled on those in Turkey, while their payrolls are funded by Ankara – all of which is calculated to keep local authorities on-side, regardless of who holds power when the war ends. And sure enough, signs of Turkey’s influence are everywhere, including Turkish flags and banners in the streets and Turkish classes in schools. Ankara hopes that the modern physical facilities and relative prosperity in these areas will provide a buffer between Turkey and Syrian Kurdish fighters.

The problem for Ankara is that it hasn’t quite worked as planned. Or at least not yet. For starters, the overt signs of all things Turkish on Syrian soil hasn’t exactly endeared Ankara to the Syrians. Indeed, some of them find the Turkish presence oppressive. Nevertheless, Syrians certainly hope that the looming presence of Turkey might serve as protection from Damascus’s attempts to recapture the territory.

This expensive experiment will be monitored for its efficacy in keeping Turkey secure – as Ankara hopes – and for securing safety for a sliver of Syrian territory, as Syrians who live there pray.