Why Arabic Is on the Cusp of Being a Global Language 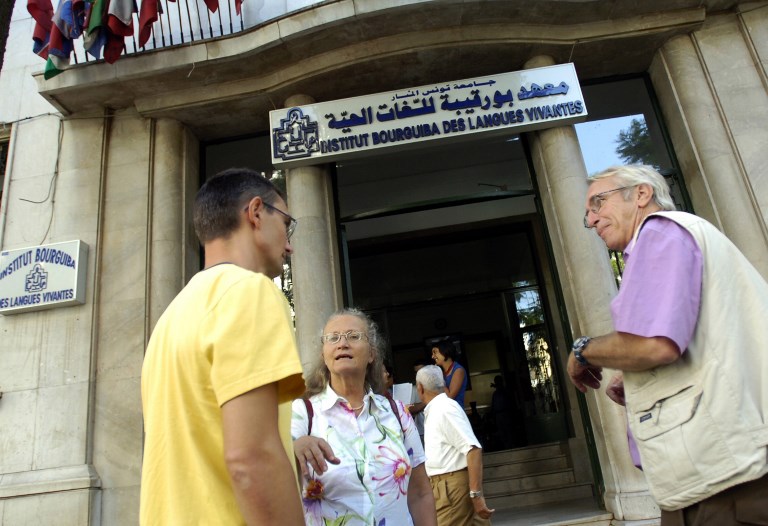 Which language will be spoken on Mars when human beings colonize the red planet? English? Chinese? Or how about Arabic?

Thanks to European expansionism during the 18th and 19th centuries, an era of global colonialism dominated by Britain, English became the world’s dominant language. Today, spoken by roughly 400 million native speakers but by twice as many others around the world as a second language, English remains the lingua franca of politics, business and tourism.

But as the global economic and political importance of the Gulf states continues to grow, Arabic is on the cusp of a renaissance. Across the Middle East and North Africa there are almost as many native Arabic speakers as there are native English speakers around the world. What Arabic lacks is the vast army of secondary speakers enjoyed by English.

In 2017 the British Council, the UK government’s international cultural organization, published a report highlighting the languages vital to the country’s post-Brexit future. At number four, after Spanish, Chinese and French, was Arabic. At the UK’s Foreign and Commonwealth Office, Arabic is now one of just five languages regarded as priorities for diplomacy.

It is against this background that Madrasa, an online Arabic-language learning tool just launched for children across the Arab world by Sheikh Mohammed bin Rashid, the ruler of Dubai, should be seen.

At the heart of the initiative is an unprecedented year-long effort to unlock knowledge for more than 50 million children by translating into Arabic educational resources previously available only in English. More than 11 million words and 5,000 videos focused on math and science have been translated by volunteers for use by children from the age of five to 18.

The initiative, which combines educational material with the technology to deliver it to the most remote rural communities, will bring the advantage of learning to the most disadvantaged children in the Arab world. The primary aim, to instill a passion for learning in a new generation, dovetails with other projects run by Mohammed Bin Rashid Al Maktoum Global Initiatives, which has already built over 2,000 schools, trained 400,000 teachers and printed more than three million books, benefiting an estimated 10 million children across the Arab world.

Madrasa dovetails with two other programs run by Sheikh Mohammed’s initiative. A language award honors individuals and institutions that promote the use of Arabic in public life, with the aim of boosting its status and “encouraging stakeholders working on its renaissance.” The Arabic Reading Challenge annually inspires a million young people to read 50 or more books in Arabic in a year.

But there is another, no less inspirational, objective.

It would be easier to teach children to speak English, rather than translate vital knowledge into Arabic. But this would be missing the point for an attempt to bring about a renaissance for a language whose historical roots run deeper than English.

Leading Arabic countries such as the UAE have trodden a delicate linguistic path. Until the formation of the UAE in 1971, the former Trucial States were under the sway of the British for 150 years. Globally influential today, they were built on open-door policies that welcomed the input of foreign skills and technology, with the long-term aim of achieving knowledge transfer to the local population. Insisting on the dominance of the Arabic language would only have created barriers to this process.

But we are, perhaps, at a tipping point. The English-speaking world is no longer coming to the Gulf simply to offer its knowledge and expertise for a price. As the Gulf states diversify away from reliance on fossil fuels, so they have become the investors now eagerly wooed by countries around the world.

One example makes the point. When Dubai took the gamble of transforming the mouth of the silted-up Dubai Creek into a modern port in 1972, it borrowed money from western institutions to do so. Today, DP World, the global logistics giant that evolved from that decision, operates 78 docks and inland terminals in 40 countries, including London Gateway, the UK’s newest deep-sea container port at the mouth of the Thames.

It is, perhaps, time that the citizens of those nations that wish to partner with the ever more influential Arabic world should start to learn its language. But in a sense, Arabs are the worst enemies of their own language. Many native English speakers who come to the Gulf to work arrive with the ambition of learning Arabic. Few persist, however, because almost every native speaker they encounter, whether at work or play or in government departments, speaks English.

Which brings us back to Mars.

In a sign of the changing world order, the UAE – a country that a mere lifetime ago was reliant on the camel and the dhow for transport – now has its own space agency. Last year it launched the first satellite designed and built by Emiratis and in April its first astronaut will blast off to the International Space Station.

The UAE Space Agency is also developing the unmanned Hope spacecraft, a probe that will arrive in Mars orbit in time for the 50th anniversary of the nation in 2021.

But the Martian sky is not the limit for the ambitions of the UAE, which aspires to set up the first human colony on the red planet by 2117. Ninety-eight years from now, perhaps one of those colonists will be the grandchild of a young girl from some remote Arab community whose mind is even now being opened by Madrasa to the possibilities that lie before her.

And what a giant leap it would be for her culture, and for her historic language, if the first word spoken on Mars was Arabic.