How Wildfires in Turkey Decimated the Honey Industry 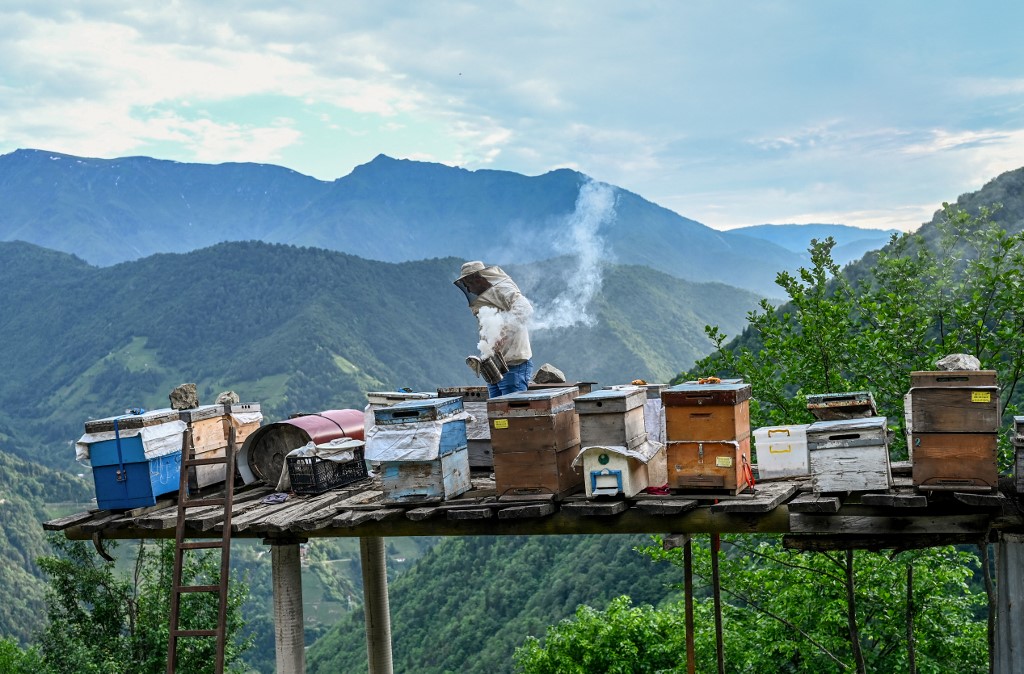 The start of September in Turkey’s western coastal regions is usually a busy one for beekeepers. It marks the first harvest of the season of the region’s famous pine honey. This occurs when the beehives are moved from the higher plains inland, where they are placed during the summer, to the forests nearer the coasts. This year, however, wildfires destroyed vast swaths of Turkey’s pine trees, wiping out a centuries-old industry. Not only has the devastation destroyed a rich part of Turkey’s heritage, it has also brought down pressure on president Recep Tayyip Erdogan and his Justice and Development Party that has long been accused of favoring sweeping development projects over conserving Turkey’s natural environment.

The wildfires started in late July and in just two weeks destroyed 160,000 hectares of forest and killed eight people. Erdogan’s government was widely criticized for the poor response that allowed the blazes to rage through coastal towns, destroying homes. While the government has promised to rebuild, it is less likely they will attempt to replant the pine trees, which were essential for the bees to produce the world-renowned pine honey.

The red pine tree forests damaged by the fires stretch from the eastern Mediterranean coast all the way to the northern Aegean Sea. The quality of the honey is down to the Marchalina Hellenica insect that feed on the trees’ sap. Bees collect the insects’ secretions and whisk the honeydew away to the hives to make honey. More than 90 percent of the world’s pine honey came from Turkey and most of that was produced in Mugla province in the southwest.

Each autumn, beekeepers would place around 3.5 million hives in the province’s forests, with 2.5 million of the hives brought in from outside Mugla. The loss of 66,000 hectares of forest to the fires has brought an immediate end to honey production in Mugla. Up to 10,000 beekeepers used to harvest more than 20,000 tonnes of honey from Mugla, but now their livelihood is gone. It will take decades for new trees to reach the necessary maturity to be inhabited by the Marchalina Hellenica insect.

Mugla is not the only region affected. Towns such as Osmaniye, Bayir and Turgut, where honey is one of the main industries, have also suffered a similar fate.

The forestry ministry has handed out funds to the beekeepers to keep them afloat. Samil Tuncay Bestoy, the head of the Environment and Bee Protection Association, painted a bleak picture of the future, however. He believes it will be almost impossible to keep the bee colonies alive. “A slow death awaits them,” he said. Unlike farm animals, bees cannot be fed, they survive off the forest ecosystem. According to Huseyin Sengul, president of the Izmir Beekeeping Association, it will take 50 years for Turkey’s pine tree honey to return to the same standards.

The fires will also knock Turkey down the pecking order of global honey producers. In 2020, it was the second largest, producing more than 110,000 tonnes.

It is now critical that ecologists with expertise in forest management are brought into these areas to help the trees regrow. Sadly, the government lacks this capacity. Moreover, its response to the fires in general has demonstrated that it is unwilling to listen to experts. Of even more concern for the residents of Mugla is the suggestion that the government may take advantage of the recently scorched earth to open a series of mines in the region.

Since 2018, mining licenses have been granted for large areas of what was once forest – a far more permanent threat to the ecosystem than the summer’s fires. Such a move would fit with Erdogan’s track record of large-scale projects running roughshod over the environment. In 2013, protests against an urban development plan for Istanbul’s Taksim Gezi Park erupted into weeks of broader antigovernment protests.

More recently, the president has pushed ahead with plans for a canal joining the Black Sea and the Sea of Marmara, despite fears that it will have widespread environmental consequences.

For Turkey’s charred forests, the return of bees is essential to rebuilding the ecosystem. But there are no guarantees that the areas can recover to how they once were, without proper oversight. With decision makers who continuously dismiss the advice of experts, the prospects of an ecological renewal in the near future appear grim.