Jihadis Could Soon Claim their First Victory in West Africa 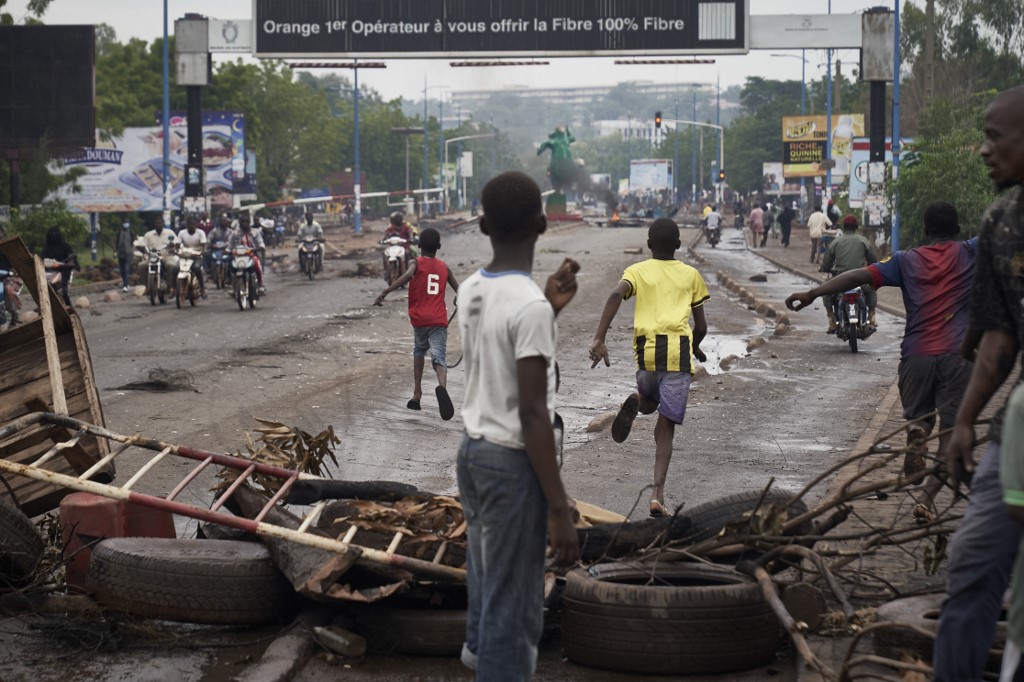 Of all the enormous challenges facing the president of Mali, few could have foreseen that the one that would bring him to the brink of resignation half-way through his second term would be the technicalities of reforming the constitutional court. Worse, it could end up handing the country over to Islamist extremists.

Mali has entered a fifth month of anti-government protests over a decision taken in April to overturn the results of 30 parliamentary seats, a fifth of the total.

A group of West African leaders has rejected a plan to end the political crisis, which leaves the presidency of Ibrahim Boubacar Keita hanging by the merest thread. Protesters on the streets of the capital Bamako went home for Eid Al Adha. But on Tuesday, they were back.

The April decision lit the fuse to Keita’s predicament, but simmering in the background is Mali’s real problem: the grinding military insurgency across the Sahel, which has affected Mali more than any other West African state.

It is difficult to overstate how debilitating to the country the Islamist insurgency has become. Last year, there were deaths in every single province of the country. The numbers displaced by the violence rose to around 200,000 in 12 months and hundreds of schools had to be closed. Jihadi violence has so comprehensively damaged the state that if Keita falls, the jihadis can claim the dubious credit for toppling their first West African government.

Keita’s government is not alone in its predicament. Mali is one of the five countries – along with Mauritania, Burkina Faso, Chad and Niger – in the G5 Sahel Alliance, which stretches like a belt below the Sahara Desert and is backed by the European Union, the World Bank and the United Nations Development Program. But jihadi violence is spreading far beyond Alliance territory, across West Africa down to the Gulf of Guinea.

In February, a police outpost on the Benin side of the border with Burkina Faso border was attacked. The attackers were not identified, but the style of attack – a sudden raid by gunmen on motorcycles in the early hours – had all the hallmarks of Sahel militants. Months before that attack, the president of Togo warned that jihadis were already inside his country, which also shares a porous border with Burkina Faso. “If the conflict is not resolved in one country, it will spread down to the coastal countries,” he said.

His prediction is especially worrying because the social context of the coastal countries mirrors those of their northern neighbors along the Sahel: a poorer north and a richer south, with ethnic and economic grievances that militants with guns and money will exploit easily.

The most dangerous flashpoint potentially is Ivory Coast, which in June experienced its worst attack for four years when militants crossed into the country from Burkina Faso and killed at least 10 soldiers. Sporadic violence of this kind fuels a sense of instability and there could be worse to come. Jihadi violence thrives on political division and the presidential election in Ivory Coast in October is shaping up to be extremely divisive.

Just weeks after the June attack, the front-runner, Prime Minister Amadou Gon Coulibaly died suddenly, throwing the poll into uncertainty. Despite a fast-growing economy, Ivory Coast remains politically fragile. The contested result in the 2010 election sparked a brief civil war that killed thousands. The jihadis would be sure to exploit any such return to violence.

If their tactics are clear, their broader strategy remains opaque. Despite the similarities between the various countries, the conflict really is a series of small battles between militias with shifting alliances and among locals with specific concerns and grievances. The possibility of the Islamist militias establishing an ISIS-style “caliphate of West Africa” remains remote.

They may not need to, however. By destabilizing so many countries, jihadis are making it almost impossible for national governments to benefit from international military assistance and reassert their sovereign borders. Fighting the war is like playing “whack-a-mole” in the desert; as soon as you put down one skirmish, another pops up somewhere else.

It is not even clear what victory would look like. Both Syria and Iraq had stable borders before their respective wars; the task was to return them to that stability. But borders in the Sahel have long been porous; eradicating the militant groups is actually a region-wide state-building project and few outsiders have the appetite for it.

By inserting themselves into existing fault lines of poverty, ethnicity and corruption, jihadis can weaken the state sufficiently for other divisions to fracture the political structure. Then, as they did in Iraq and Syria, they are ready to step in after the collapse.

As long as instability reigns in the countries of West Africa, they will always be at the mercy of sporadic but relentless violence. The drumbeat of regular violence eventually drowns out every other political sound. Mali’s president will not be the last to fall victim to it.