What Is Russia Doing in Africa? 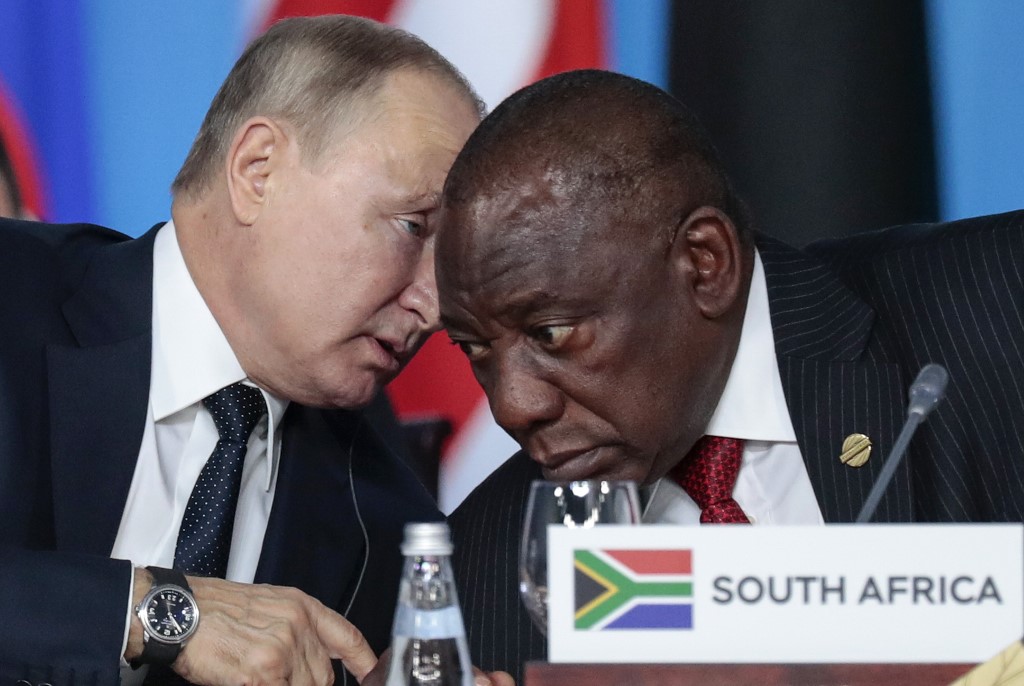 While most of the world has been obsessing about Russia’s involvement in American politics and its growing power in the Middle East, Moscow has been quietly making significant inroads across Africa. Acting as a counterbalance to China’s outsized influence and America’s retreating presence on the continent, Russia has been forging new military partnerships aided by private mercenaries to re-establish itself as a major power in Africa. Not since the Cold War has Moscow exerted so much influence from Angola to Zanzibar.

As with Syria, Russia’s maneuvering would not have been possible had the United States not created a vacuum for someone to fill. Starting with former President Barack Obama and his pivot to Asia and continuing under President Donald Trump’s refusal to “over-extend” American power and influence across the world, the US has visibly downgraded its economic, cultural and military positions on the African continent. Many US embassies have been left with no ambassador or core staff. The US ambassador to South Africa, one of the most important diplomatic positions on the continent, only arrived in October, more than three years late.

Trump barely conceals his contempt for Africa. After referring to some African nations as “shithole countries,” the president struggled to name even some of the major African states. During a speech at the United Nations in 2017, Trump referred to the non-existent African country of “Nambia” … twice.

With the US on the back foot, Russia has taken advantage of the chance to challenge China’s power in Africa. Under the Belt and Road Initiative (BRI), an ambitious project designed to re-orient trade flows from the West to China, Beijing has extended credit and influence across the continent. By financing public infrastructure projects in poorer nations, China has brought several African countries into its economic orbit through debt. This debt-trap diplomacy is compounded by China’s technological dominance. By flooding the continent with cheap smartphones and Chinese applications such as WeChat, Beijing has established itself as a superpower there.

With little focus on technology and infrastructure, Russia extends its influence primarily through military assistance, private mercenaries and the media. According to the Daily Maverick, a South African newspaper, Russia is now the largest supplier of weapons to Africa, having signed military agreements with 21 African states. As well as the military deals and training partnerships with almost half of Africa’s nations, there are the nuclear energy partnerships with Egypt, Rwanda, Ethiopia, Uganda and Zambia. As South Africa struggles to kickstart its economy, it too could soon fall into the Russian orbit.

Many of these military partnerships are strengthened by Russia’s growing private mercenary industry. Similar to American contractors operating in Iraq post Saddam Hussein, Russian companies have built businesses using veterans of the Chechen and Ukrainian conflicts. The most successful and important of these outfits is the Wagner Group, run by St Petersburg-based oligarch Yevgeny Prigozhin, also known as “Putin’s chef” due to his ownership of restaurants and catering businesses.

The importance of the Wagner Group became clear in October after seven of its contractors were gunned down in northern Mozambique, where they were fighting militants linked to ISIS. The incident revealed the extent to which Mozambique is using Russian assistance to quell a growing counter-insurgency in the country. Instead of turning to neighboring South Africa or even the African Union for help, Mozambique is relying on Russian forces.

The same story is unfolding everywhere you look. Tanzania recently signed a cooperation agreement in which Russian forces provide military training in exchange for permission to develop and test weapons in the country. Other deals have been signed in Niger, Nigeria, Sudan, Mali, Madagascar and Eritrea. The result of all these deals is an impressive growth in Russia’s trade with Africa, from $17.4 billion in 2017 to $20.4 billion in 2018.In October, Russian president Vladimir Putin organized the first Russia-Africa summit in Sochi to showcase the fruits of Russia’s efforts in the continent; 43 of Africa’s 55 heads of state attended.

Having woken up to the fact that Russia is embedding itself in one of the fastest-growing parts of the world, the American press is now covering all aspects of Moscow’s geopolitical scramble for Africa. For example, in  a rather breathless article, The New York Times reported that Russia was deploying its “international propaganda arms” in the form of the state-owned RT television channel and the Sputnik news wire agency to various countries to spread the message that “While Western Europe and the United States are continuing a centuries-old tradition of exploiting Africa, Moscow is ready to engage with Africa on mutually beneficial terms.”

The reality is, of course, very different. Like Beijing and Washington before, Moscow sees Africa as a valuable asset in its new geopolitical orbit. Russia has succeeded in penetrating the Middle East. Now its eyes are on what is arguably more fertile ground for growth and natural resources. But this shift is happening less as a result of Russian statecraft and more because of America’s reticence in maintaining its position as a global superpower. The stakes in the game of geopolitics are high. Africa was left hanging by its former colonizers and a new power has stepped in to fill the void.

Joseph Dana, based between South Africa and the Middle East, is editor-in-chief of emerge85, a lab that explores change in emerging markets and its global impact